This is a stunning vintage carved Mens House Gable Finial from the Palembei Village, Middle Sepik of New Guinea.

The finial is a component of a ceremonial house’s architecture, adorning the gabled roof. Typically, a finial is found on the peak of the triangular gable of the house, looking down on the men as they enter and leave the ceremonial house. The ceremonial house serves as a space reserved for initiates of the men’s society. The space is highly coded as a space important to the men’s society, with prominent painting and carvings throughout, a high-peaked roof, and highly decorated interior, all adding to a sense of monumentality.

This stunning rare finial is a spirit female figure which has a carved part bird, part crocodile – most likely an eagle –perched on the spirit form. The bird may be a totemic reference to the clan or community. Some rare men’s house’s iconographic decoration is perceived as female, even though solely males use the space. Both spirit faces are covered with paintings of clan patterns with cowrie shell for eyes. The middle female spirit is sitting a top a snake.

This finial lies in the domain of manhood because of its eagle form and its connection to a ceremonial house’s roof gable. This finial is one component to an overwhelming ensemble of imagery, sculpture, and architecture that creates an intensely coded space. The bird of the finial represents strength pertaining to war and its prominent place on the front of the house demarcates the structure’s importance to the strength of its community. The house serves primarily as a meeting place and ceremonial space for the living community, rather than its importance to the dead.This is a stunning wood finial carving. Estimated age of the piece is between 1960's and 1970's 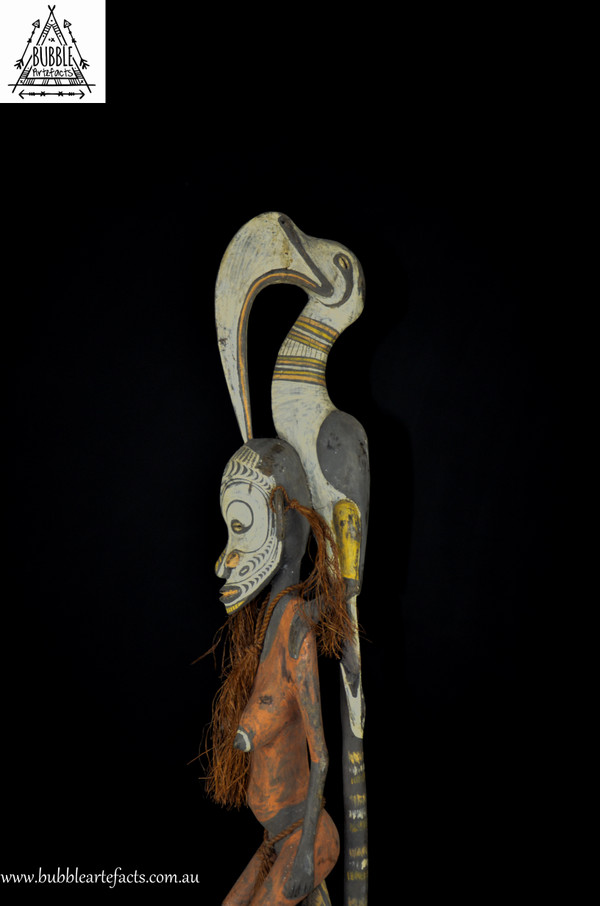 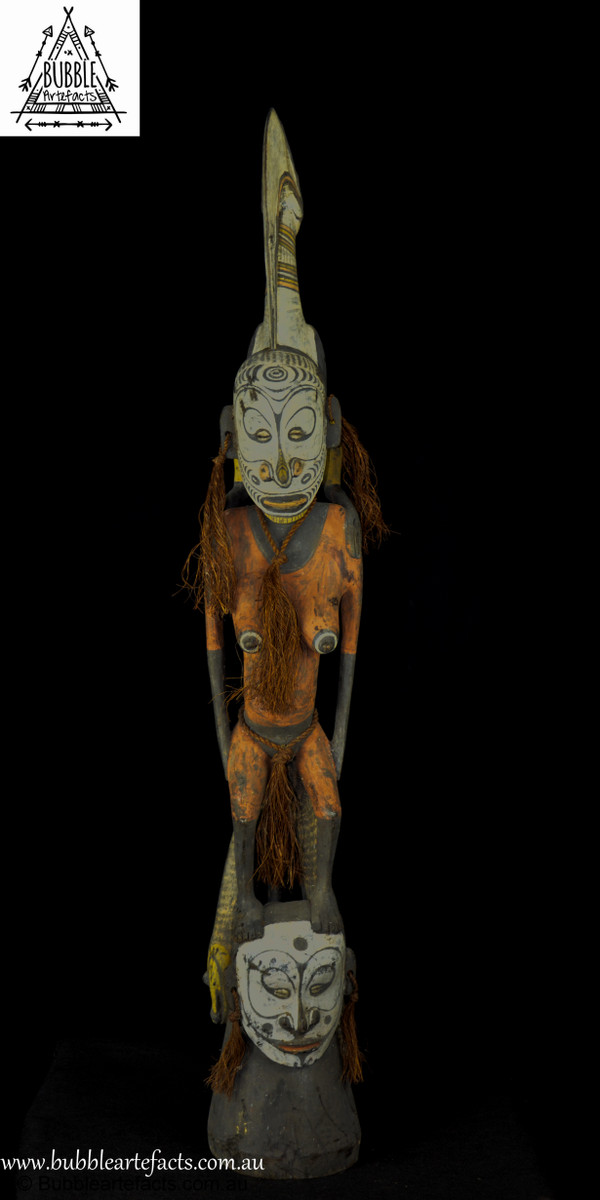 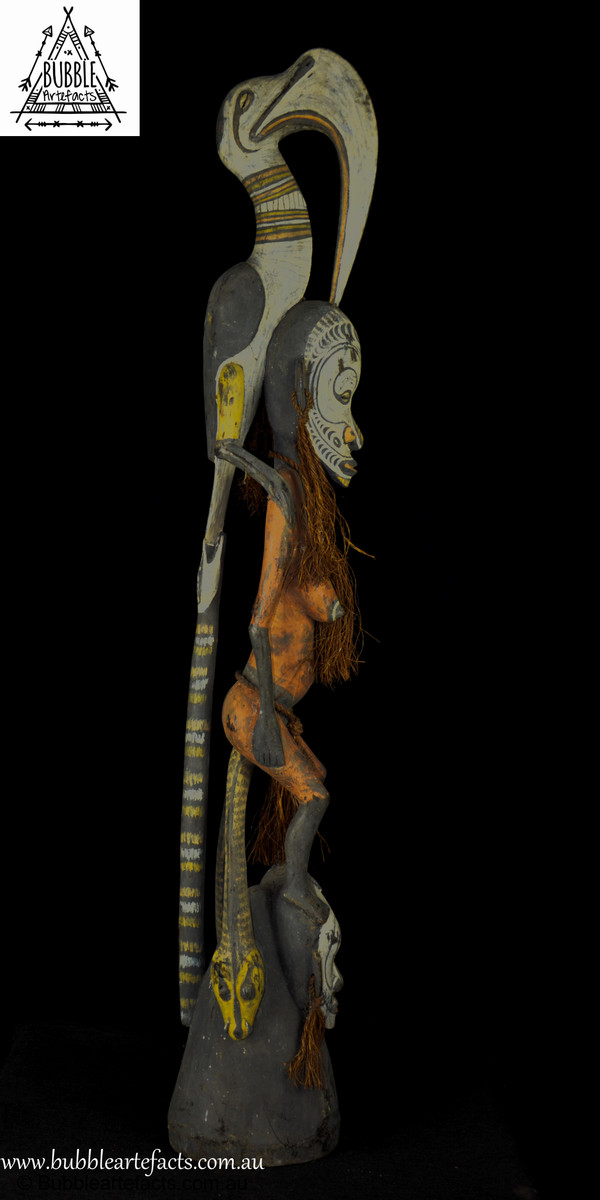 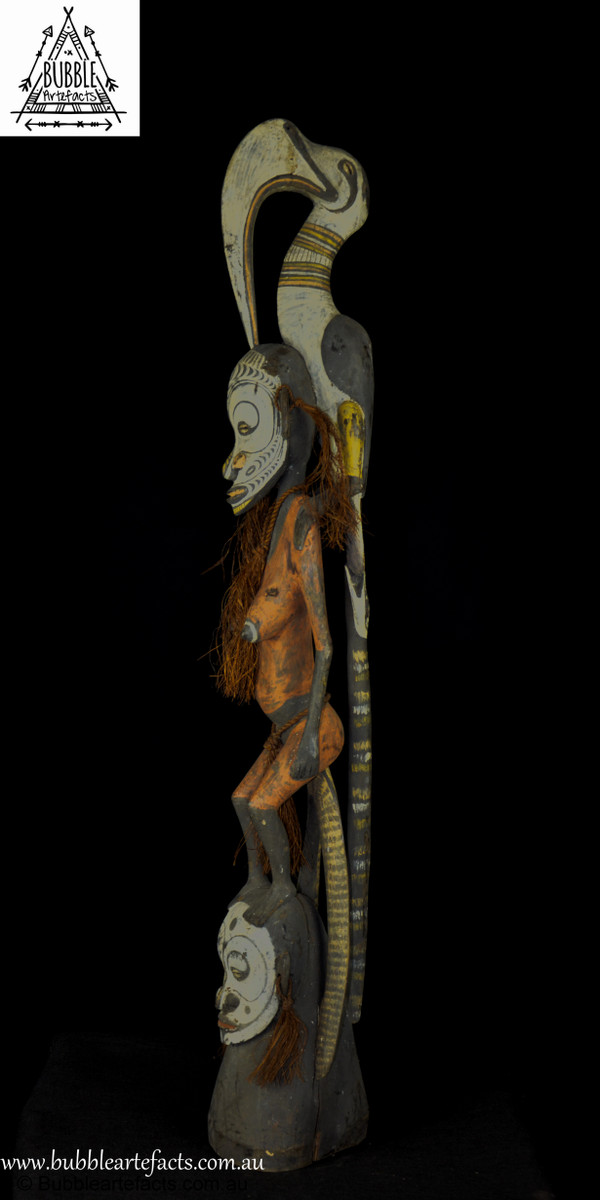 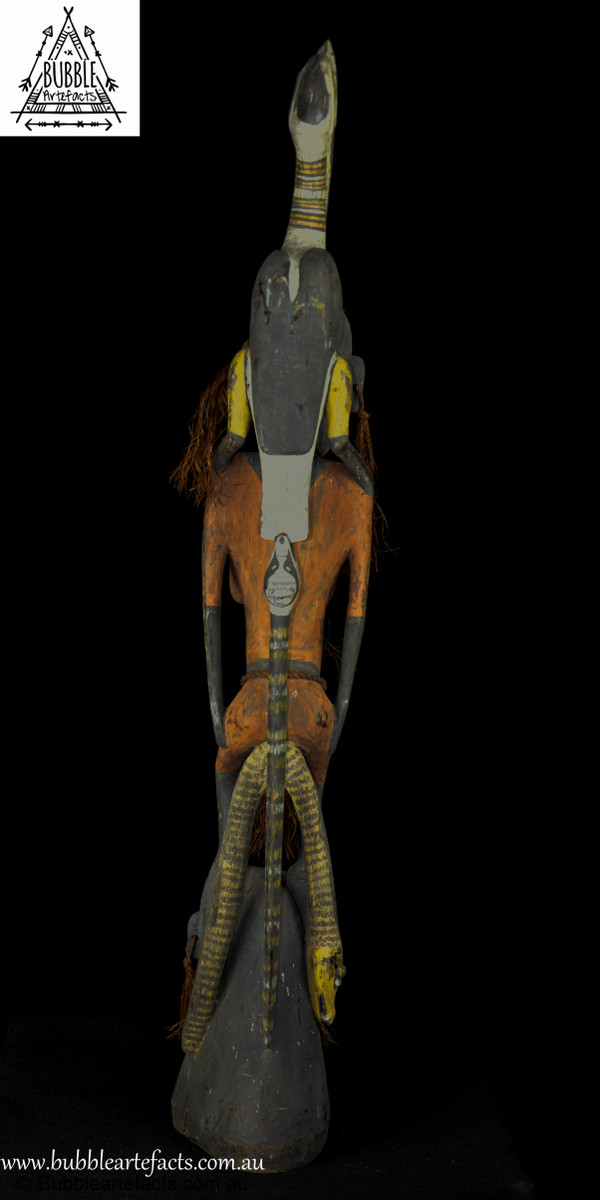 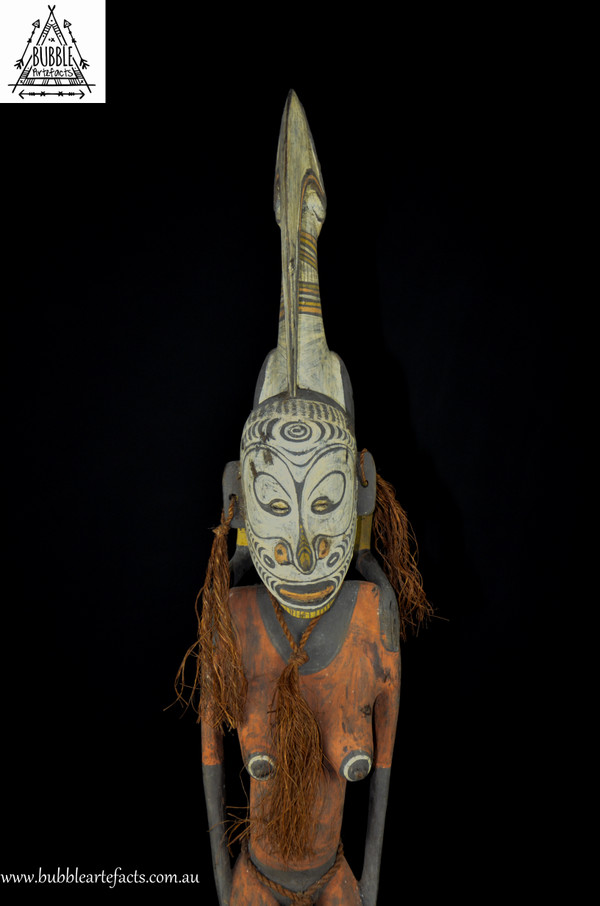 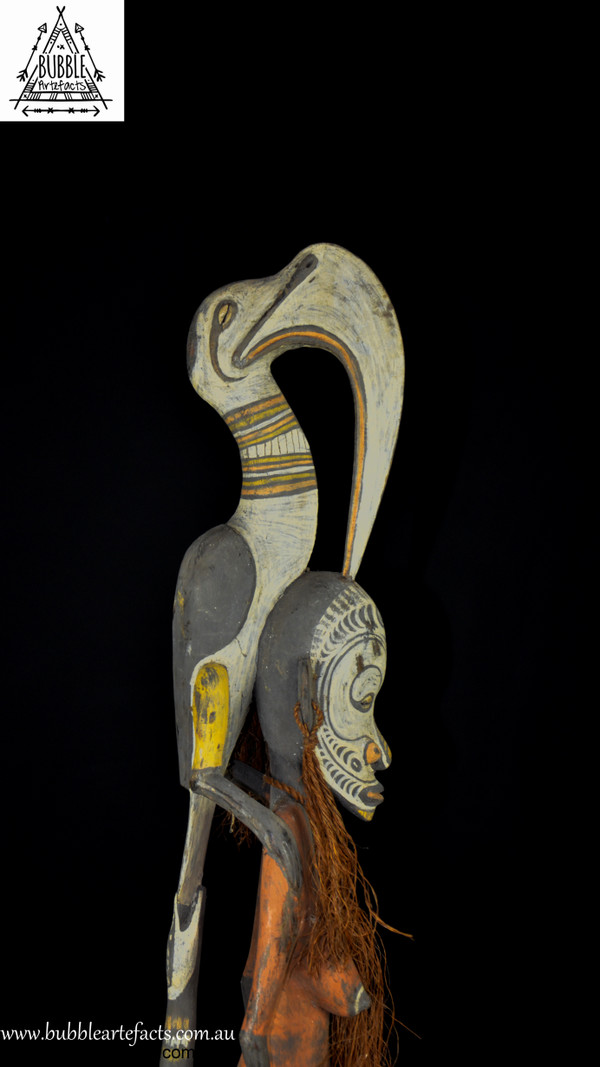 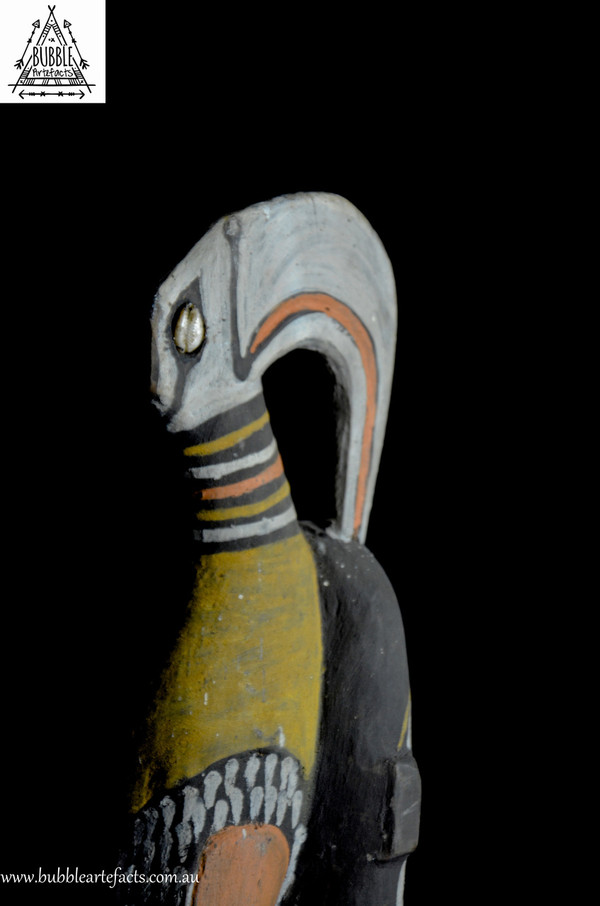 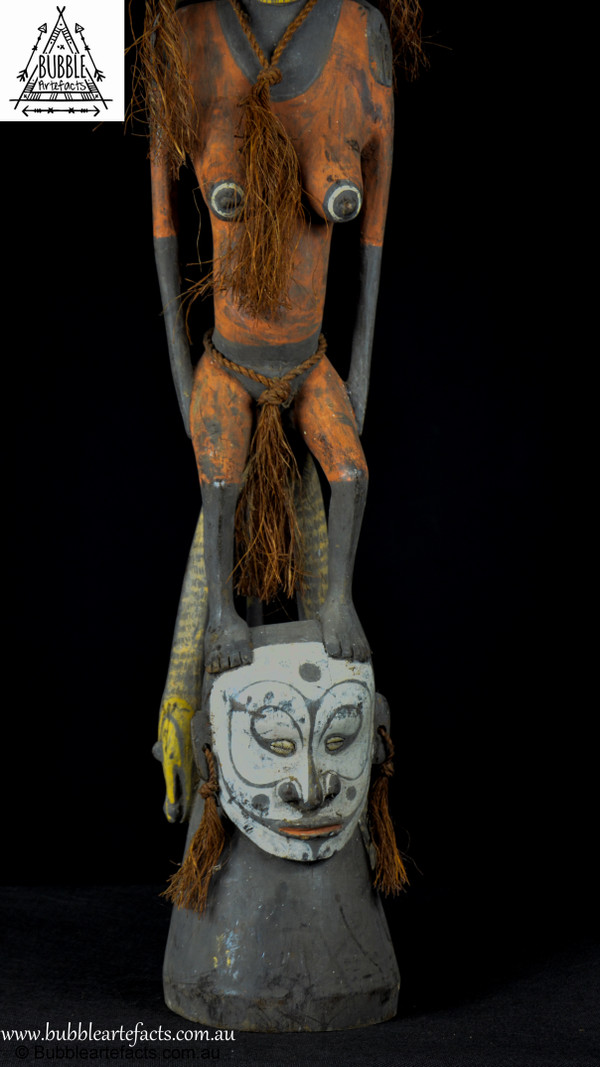 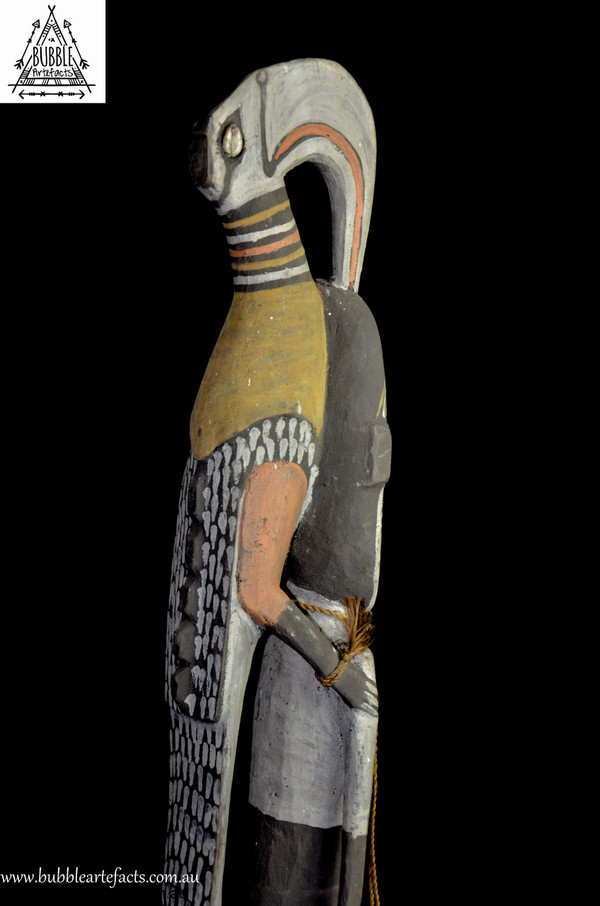 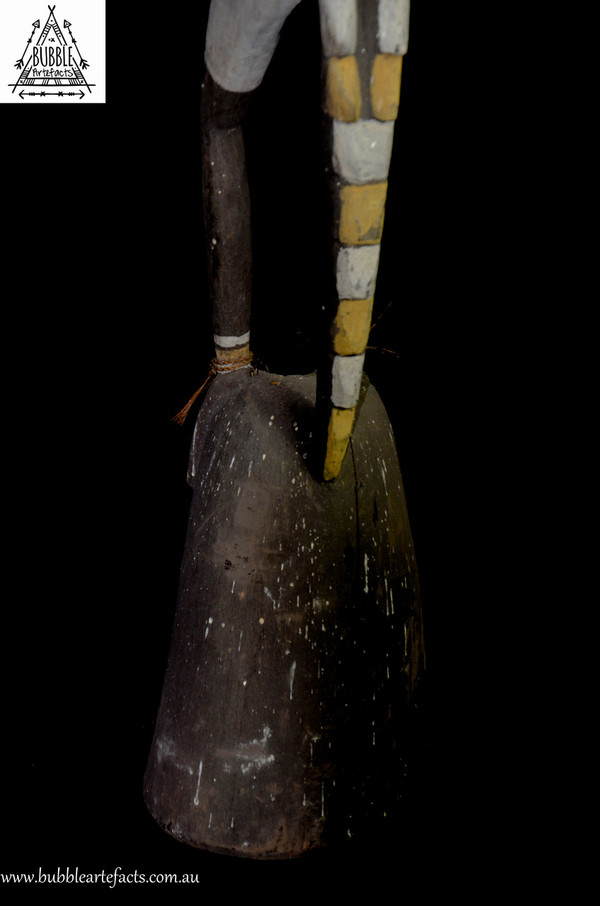 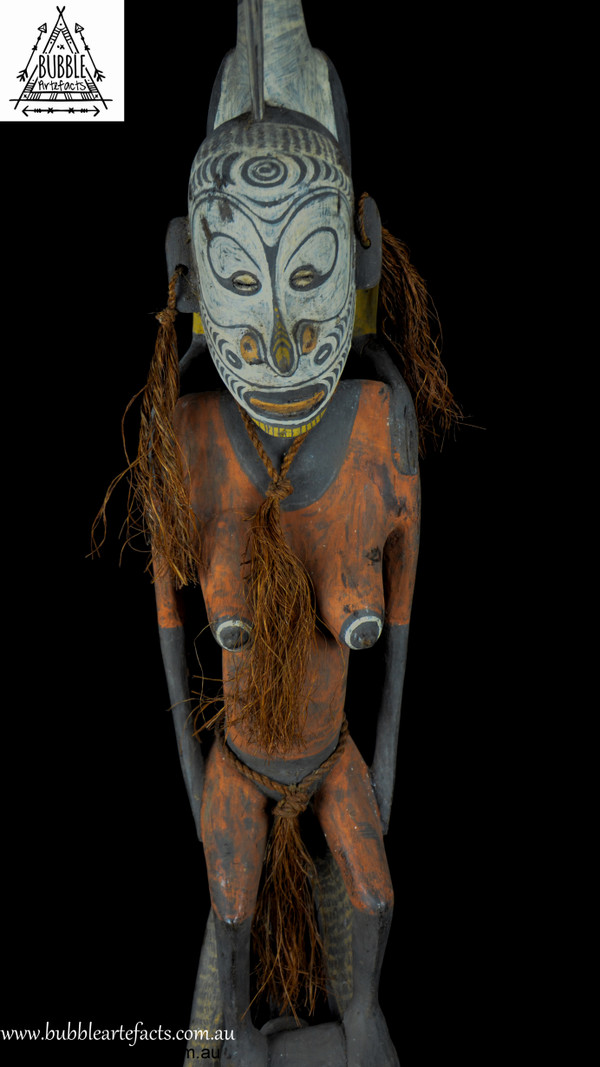 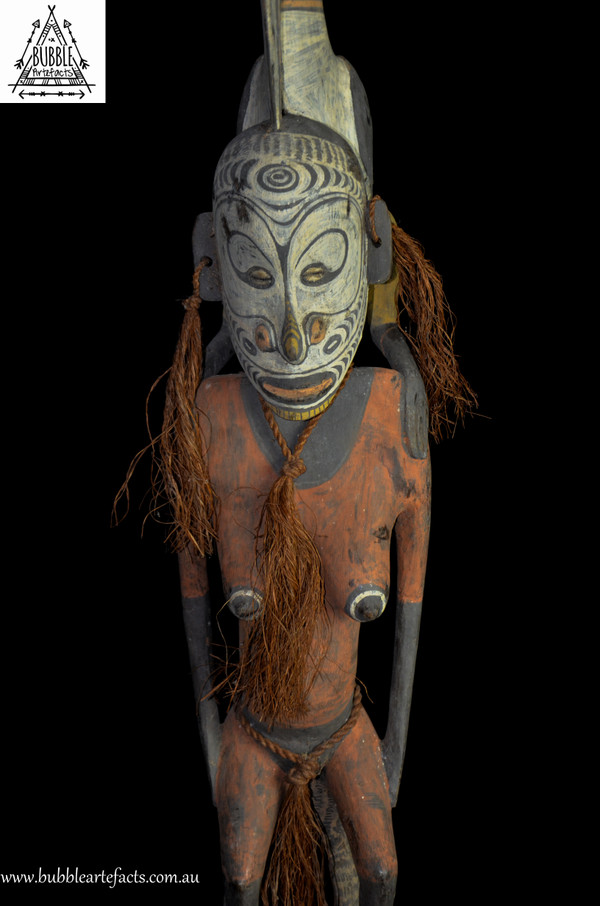 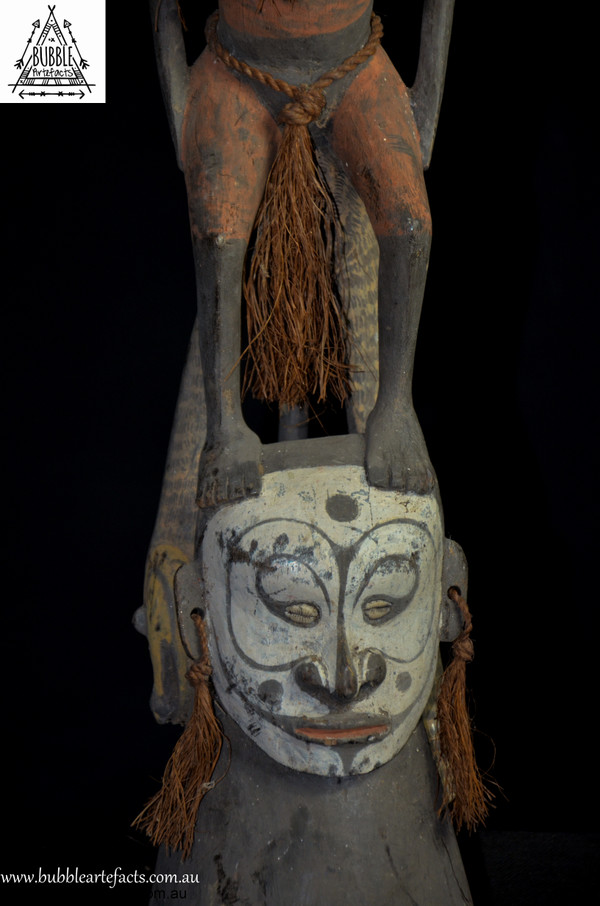 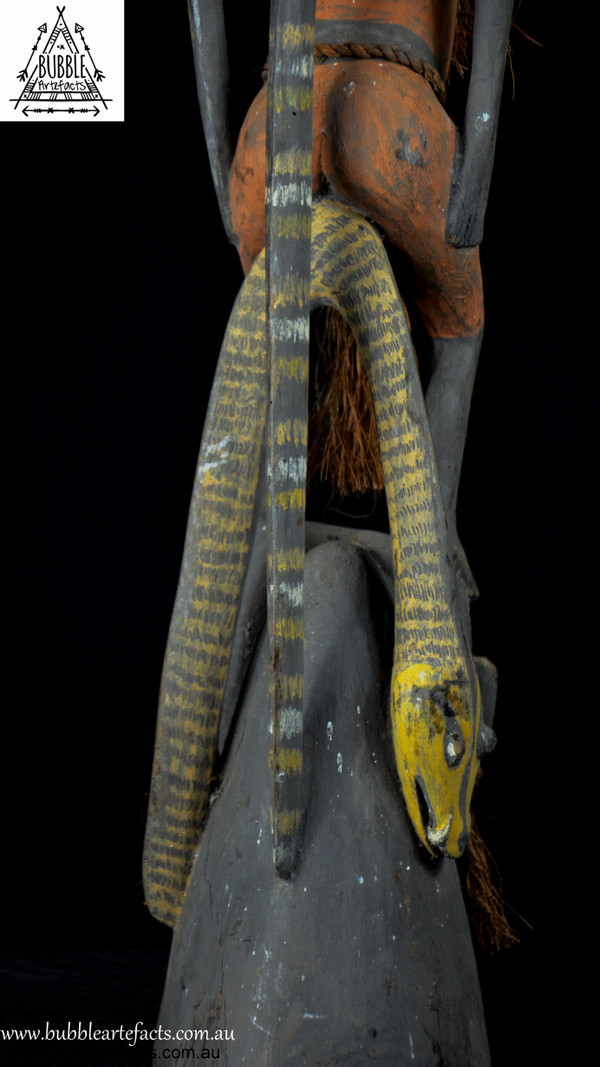 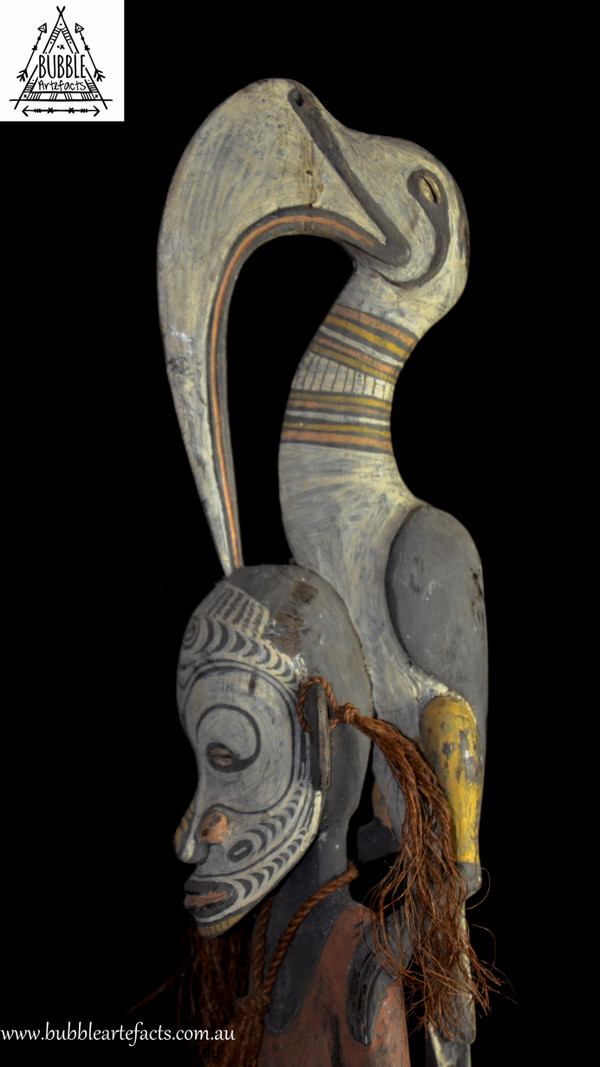 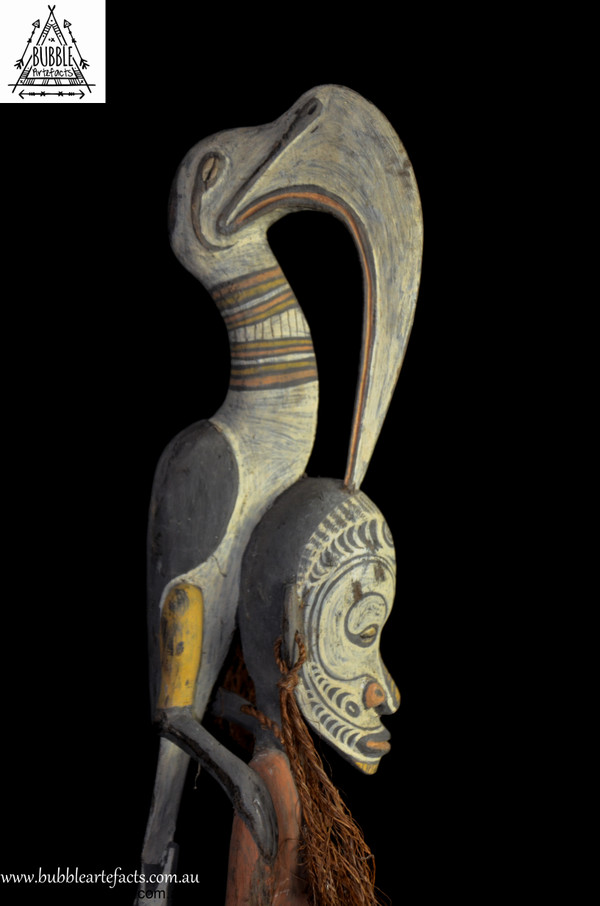 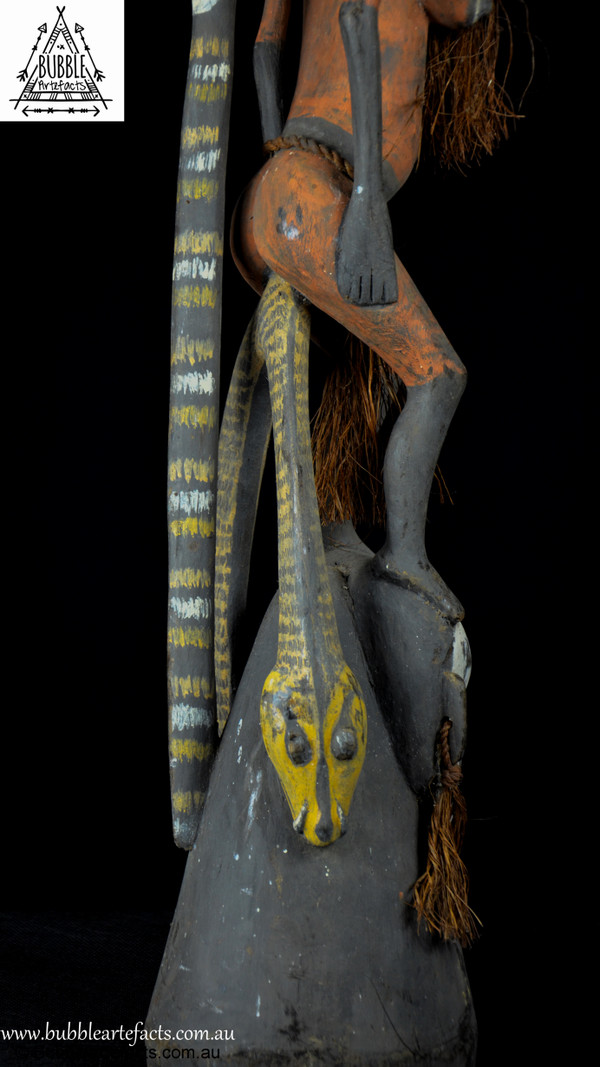 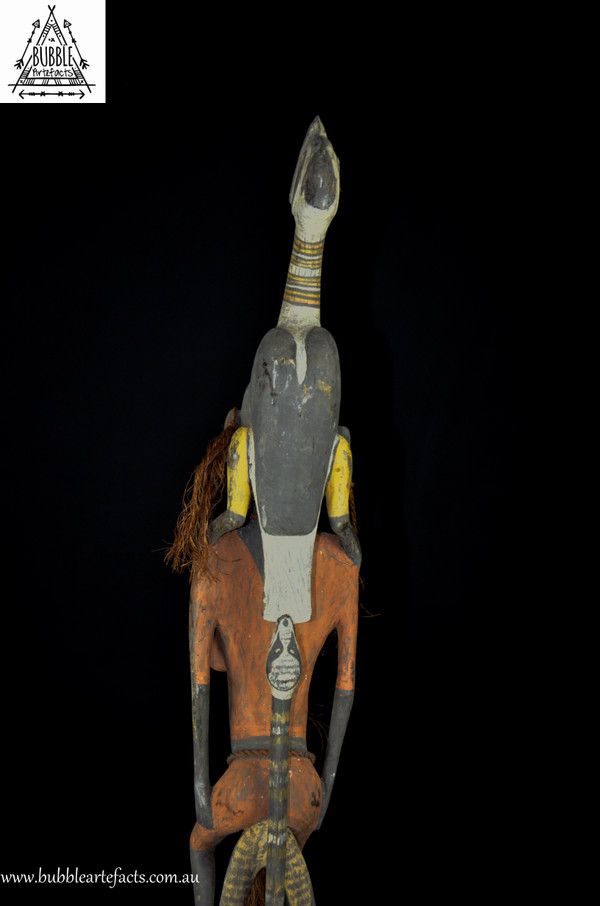