The ephemeral malagan carvings of northern New Ireland, the north eastern most province of Papua New Guinea, are among the most intricate sculptures in Oceania. The term malagan refers to a complex series of ceremonies and the visual art forms associated with them. Malagan rites mark nearly all important stages of an individual's life. Possession of rights, similar to copyrights, to specific malagan images and the rituals associated with them confers status and prestige. Men, in particular, compete to obtain rights to the greatest number of malagan.

Mannequins or statues representing the soul of the deceased are carved by local peoples to celebrate the dead person’s characteristics. The deceased are remembered through the various depictions that are carved on the statues, each of which has a symbolic meaning. These carvings are elaborated with anthropomorphic symbols, which are thought to represent the link between the people of New Ireland, their creation, and the spiritual world to which they eventually pass on.

Malagan has the dual meaning of the memorial festivals held in honor of the dead and the carvings and various objects made for these festivals. Malagan encompasses everything associated with these rituals. They fulfill a religious function, as part of an ancestor cult in which the ritual both memorializes the individual dead and helps their souls make the transfer from this to the other world. Young men’s initiation is incorporated into these festivities as well, and the social and economic functions of the celebrations (and the preparation and execution of these) have ensured their continuity into the present, if in a somewhat altered form. The mortuary festival is held some time after the actual death and disposition of the corpse—from months to years later, depending upon the financial circumstances of the clan sponsoring it. Often several people are celebrated in mortuary festivals. The festive presentation and unveiling of the malagan figures representing the dead are at the center of the festivities.

The most spectacular malagan carvings, include those made for Canoes, are created and displayed during the final memorial ceremony honoring the deceased, which, due to the great expense and extensive preparations involved, often occurs months or years after a person's death. The carvings constitute a visual résumé of the deceased's achievements in obtaining malagan rites. Each of the figures and other elements represents a different manifestation of the single life-giving force that sustains the clan. Performance of the final malagan rites frees the living from their obligations to the dead. Afterward, the carvings, having served their purpose, are either destroyed, allowed to rot, or sold to outsiders.

This is a rare and unique one of a kind piece and would be a wonderful addition to your collection and is a stunning piece of art.  The estimated age of the piece is between 1980’s to 1990’s. This is a stunning collectors piece. Some aging cracks and tribal repairs as you would expect with such a rare find.

A wonderful written article by Patrick Nason is well worth a read to understand the significance and beauty of each and every carving coming from the life of Malagan.

(Copy and Paste this link into your URL) -  https://smarthistory.org/life-of-malagan/ 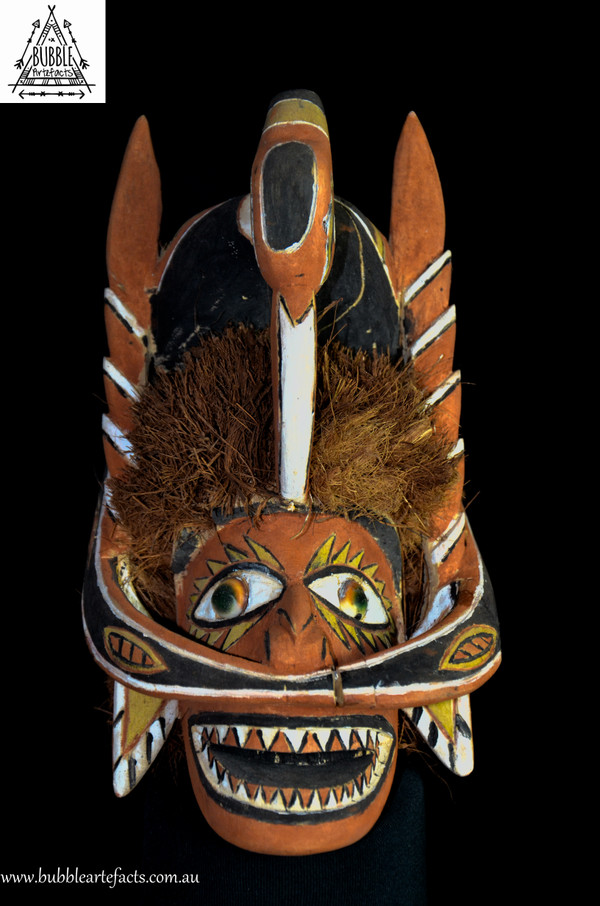 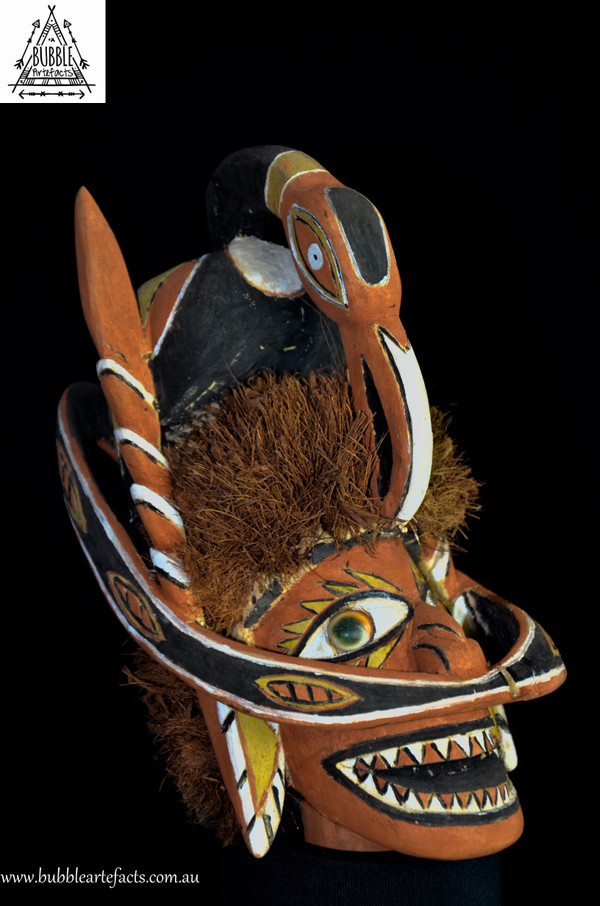 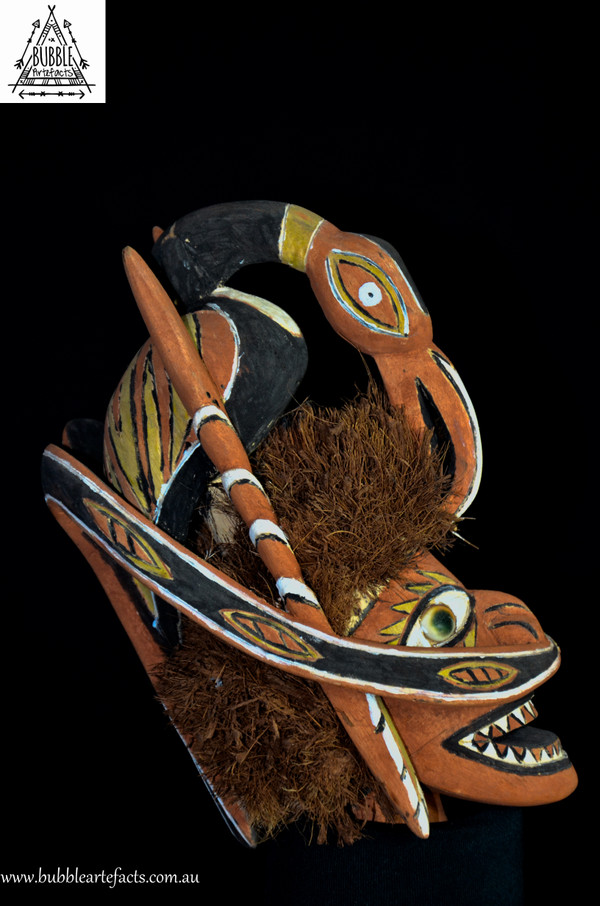 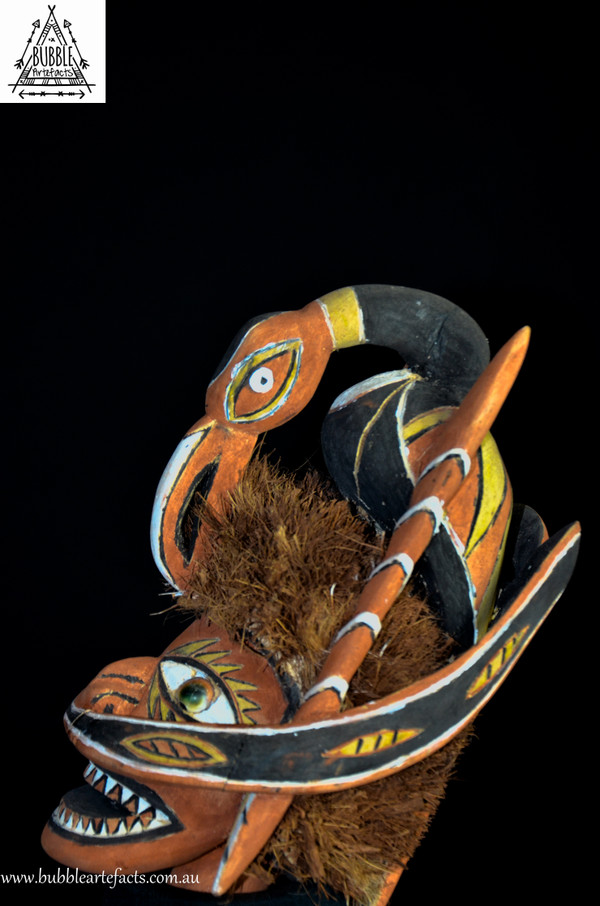 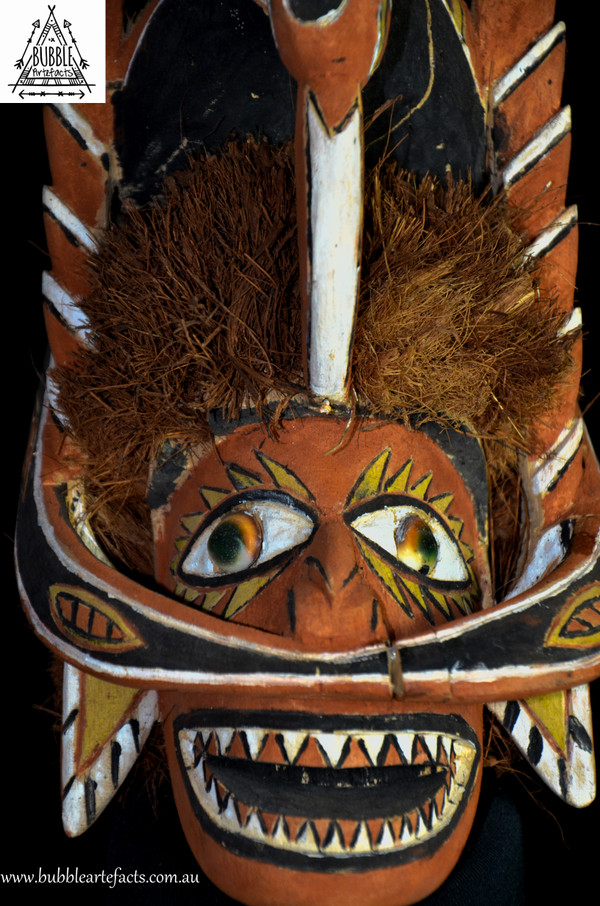 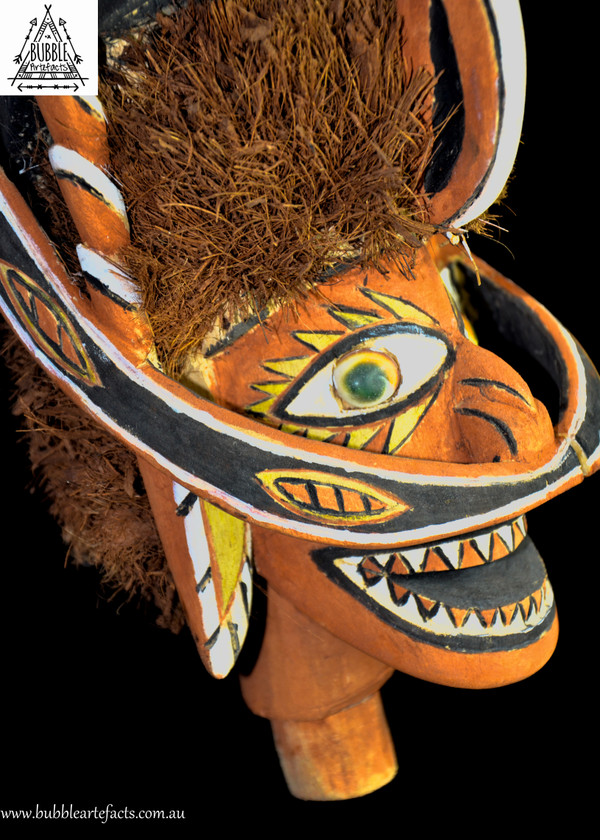 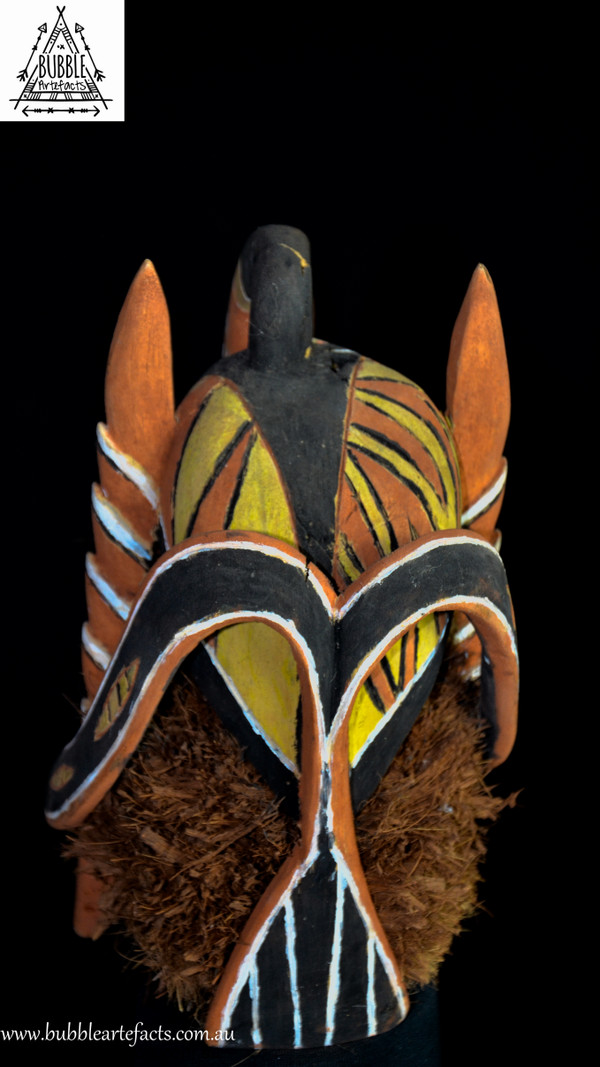