Of long lozenge-shaped form, the flat surface of this canoe shield is covered in stunning Gogodala design elements in abstract curvilinear motifs in bold black, white, yellow clays mixed with plant juices and a tree resin to make water resistant paints. The piece has a striking motifs on the front with the owner's clan in totemic clan designs with ‘gawa tao’ (an eye like motif) with sago palm weaving along the perimeter. This rare piece was collected by the Brennan family who were living and working for a large oil company in the 70’s and 80’s in Port Moresby now living in Australia. Estimated age of the piece is between 1970's to 1980's. This is a stunning collectors piece.

** Please note I will discount the postage where possible.  Where possible I am happy to combine postage if I can make it cheaper for you. This is not always possible given the sizes and unique packing requirements for each unique piece. Can also insure package if required. Any import duties, customs and taxes are the buyers responsibility** 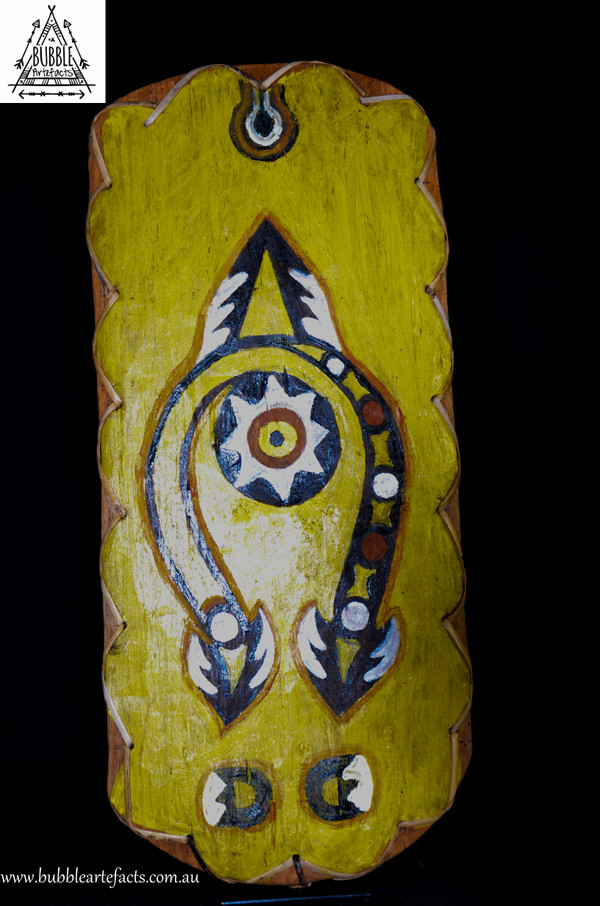 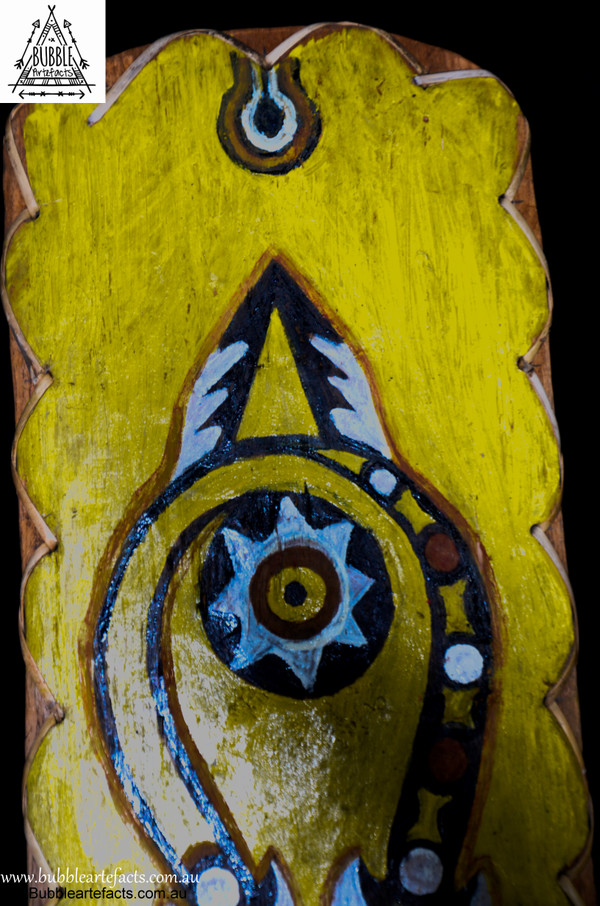 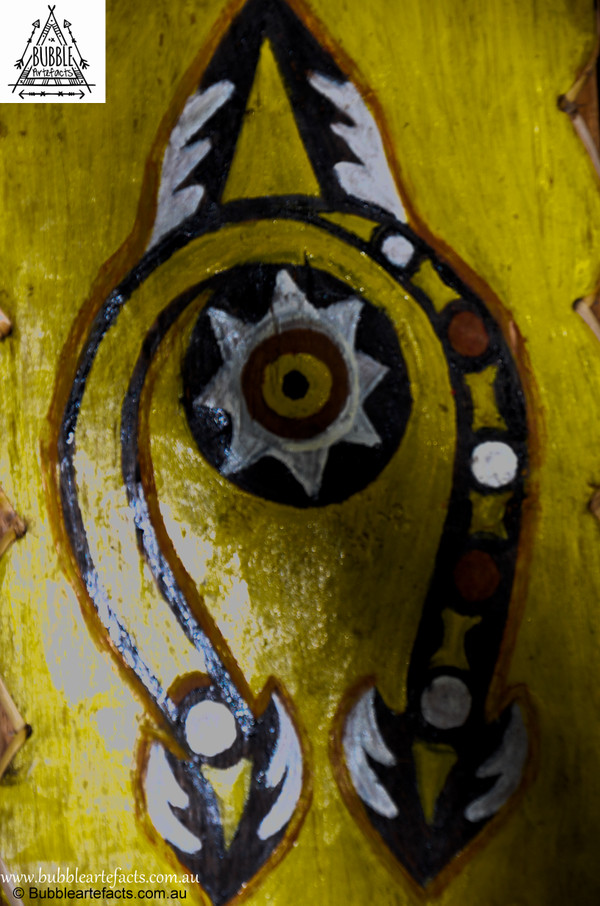 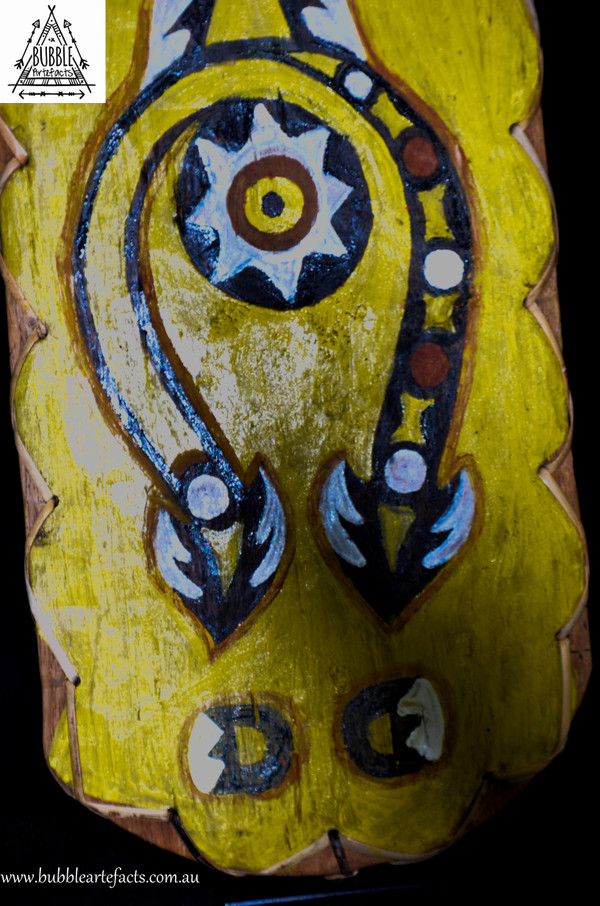 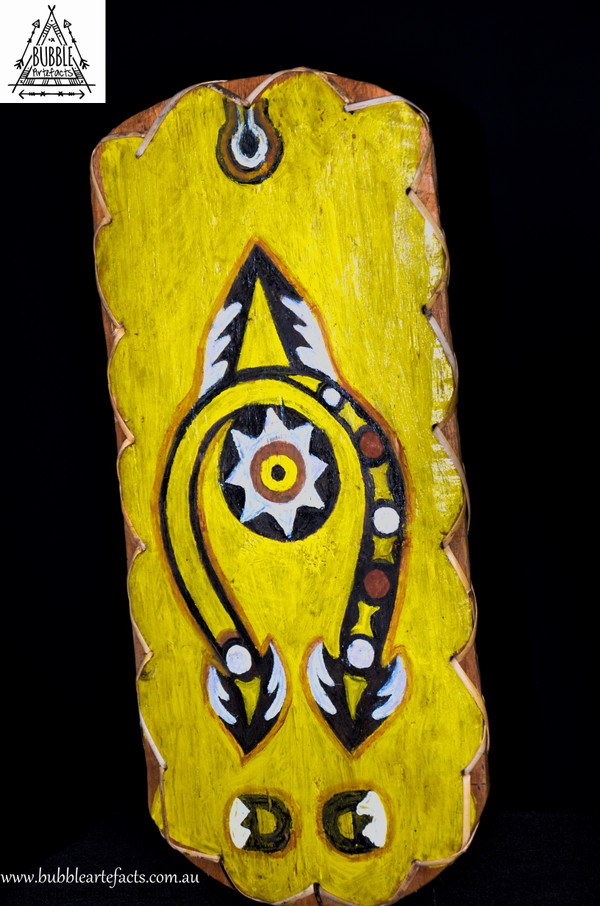 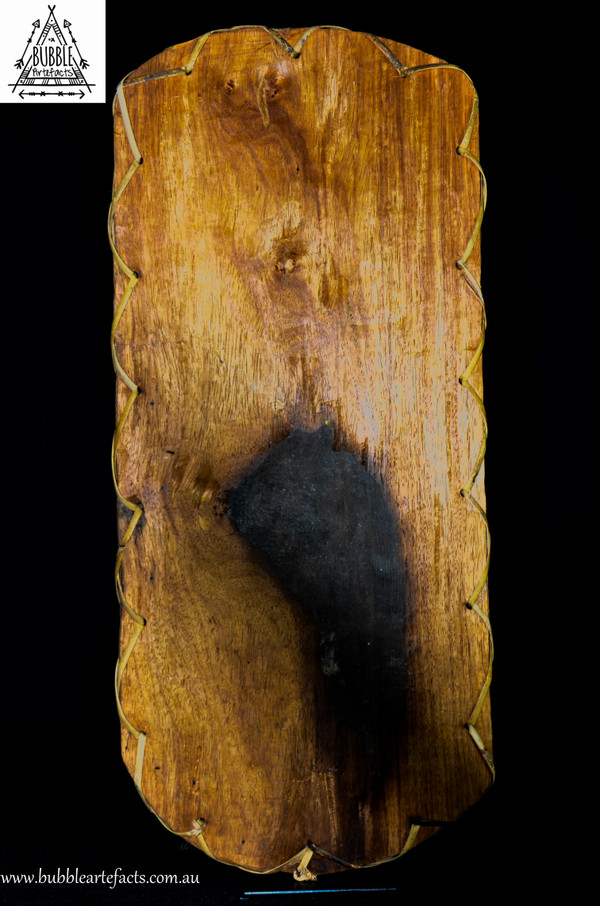 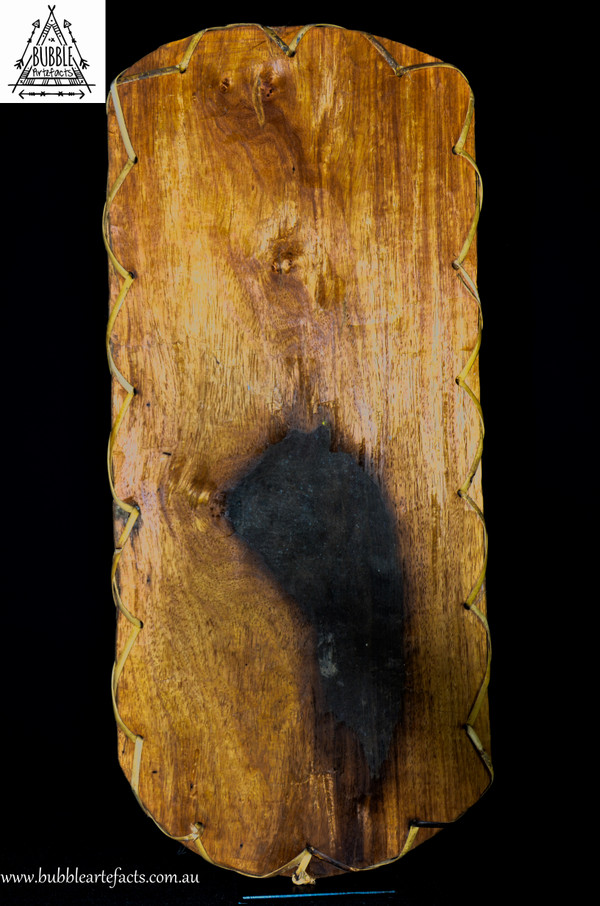