Of long lozenge-shaped form, the flat surface of this canoe shield is covered in stunning Gogodala design elements in abstract curvilinear motifs in bold black, white, red, yellow clays mixed with plant juices and a tree resin to make water resistant paints. The piece has a striking motifs in the form of a crocodile with feather decorations to the perimeter. This rare piece was collected by the Brennan family who were living and working for a large oil company in the 70’s and 80’s in Port Moresby now living in Australia. Estimated age of the piece is between 1970's to 1980's. This is a stunning collectors piece. 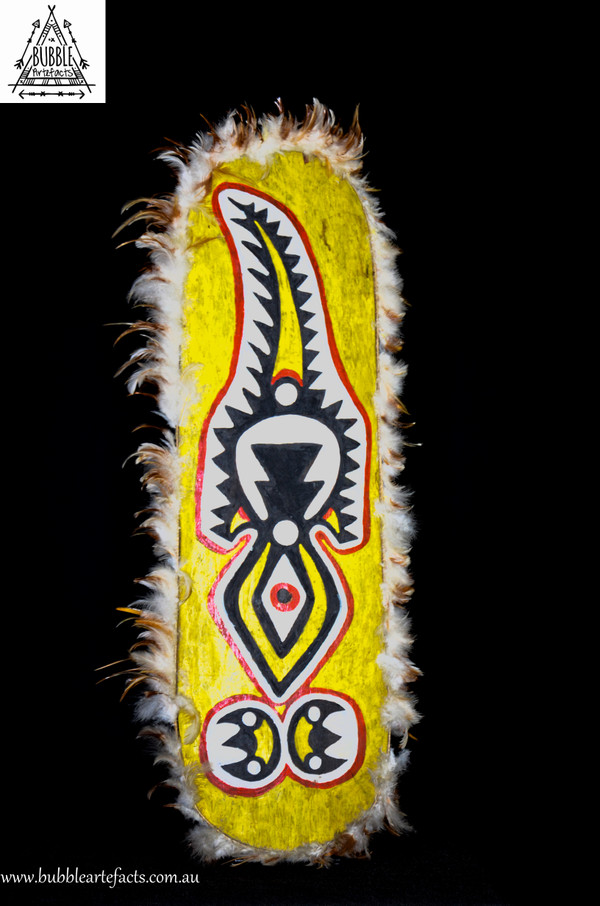 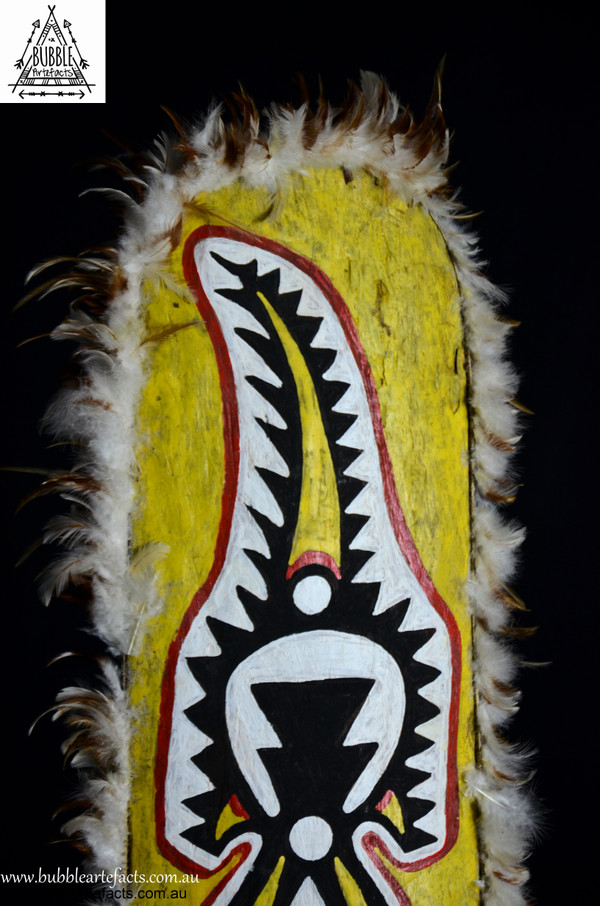 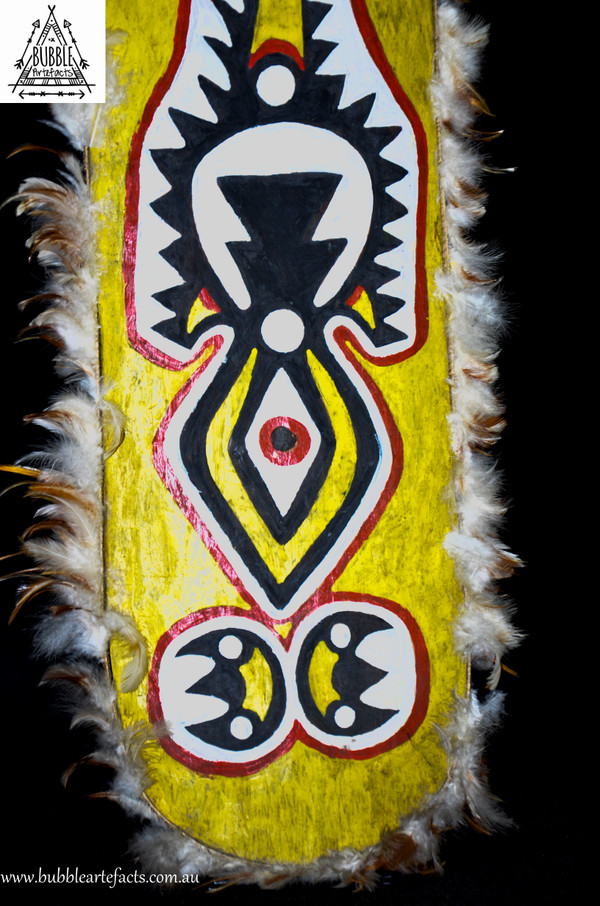 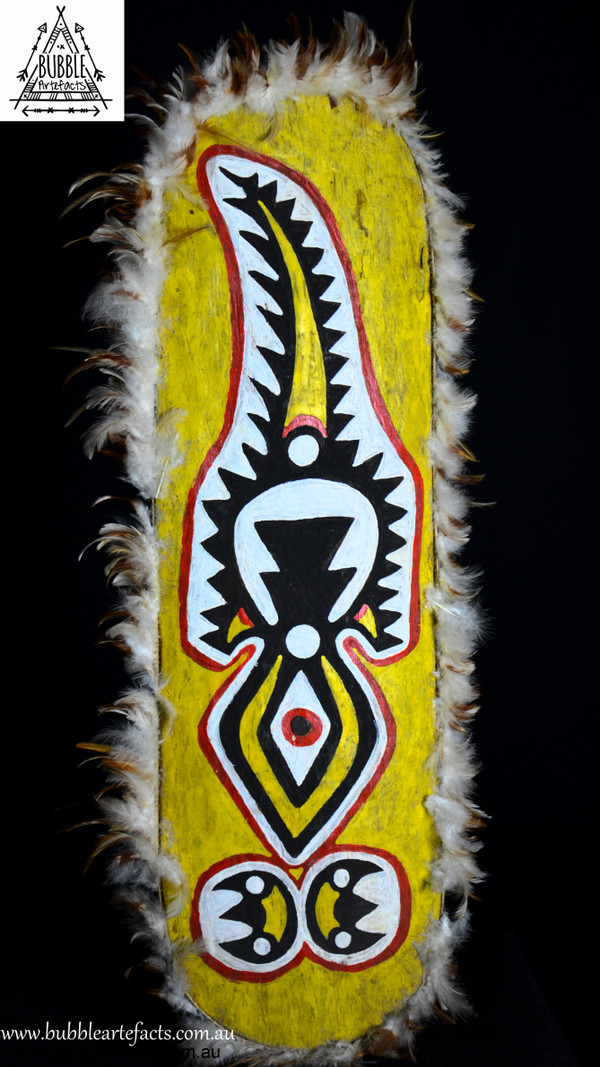 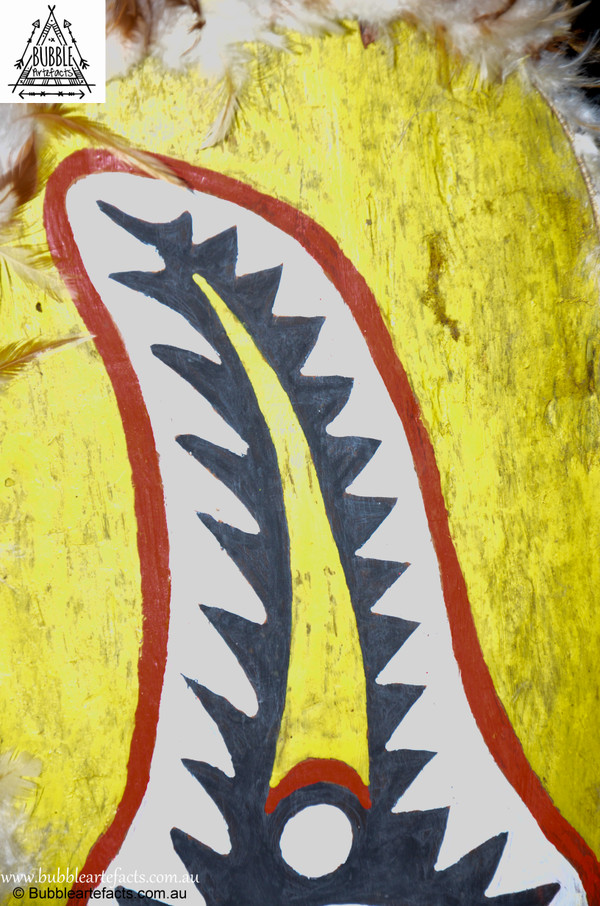 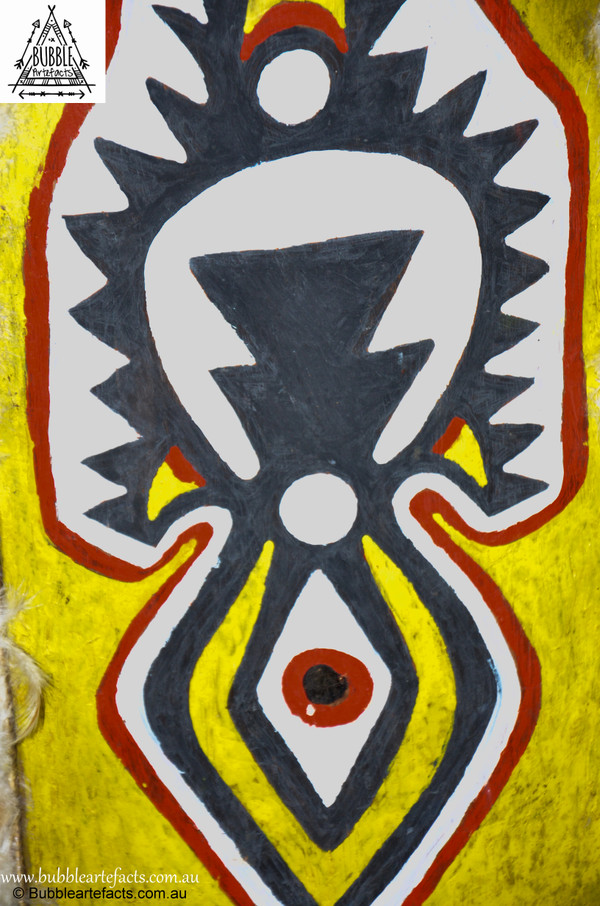 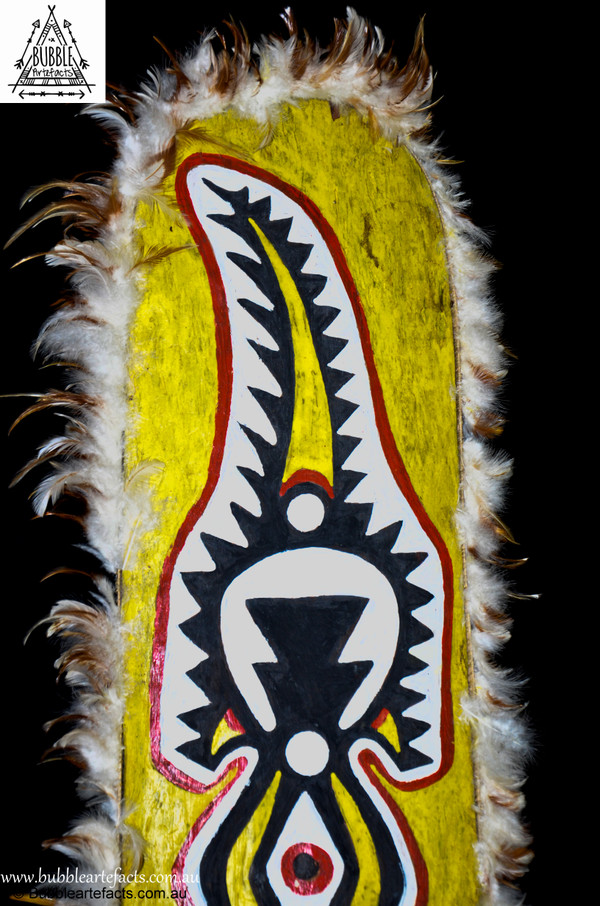 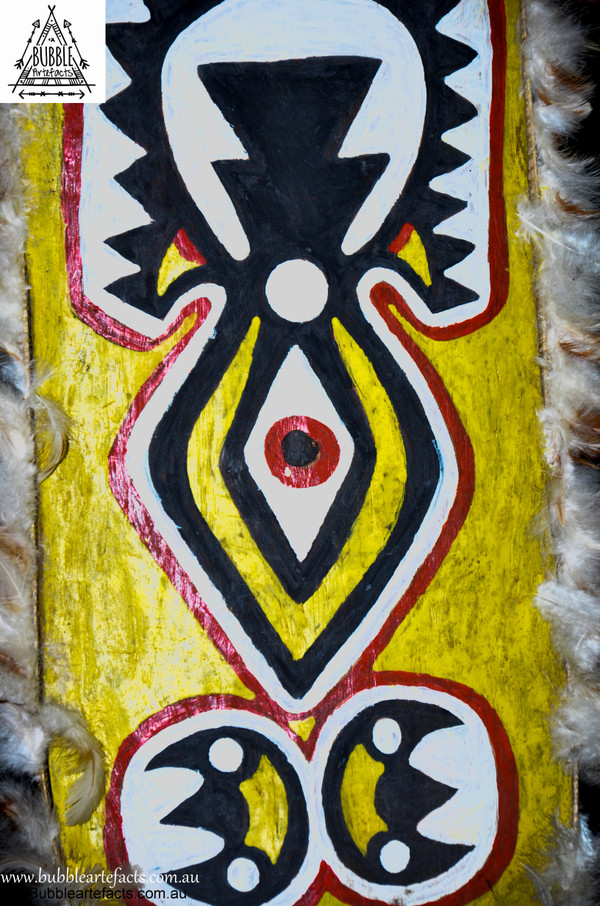 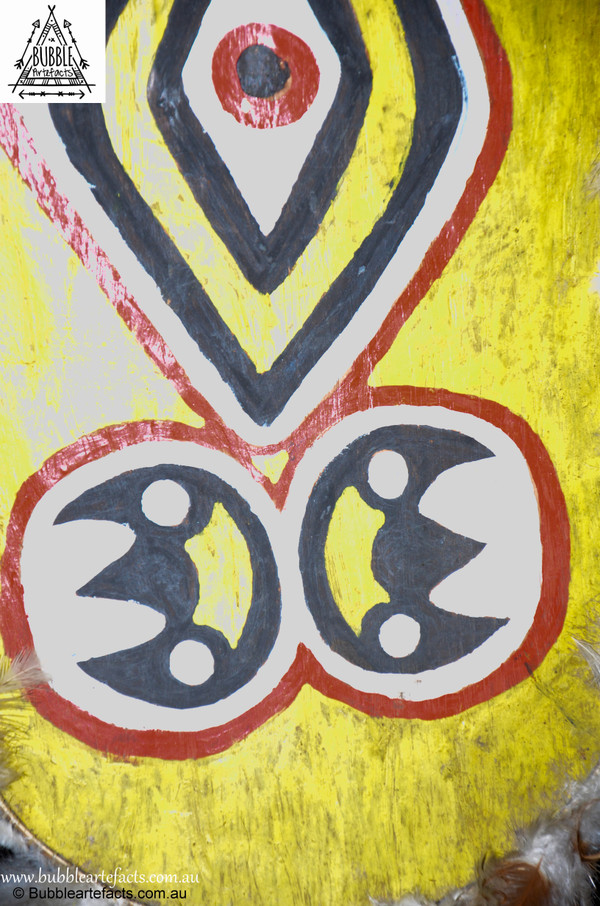 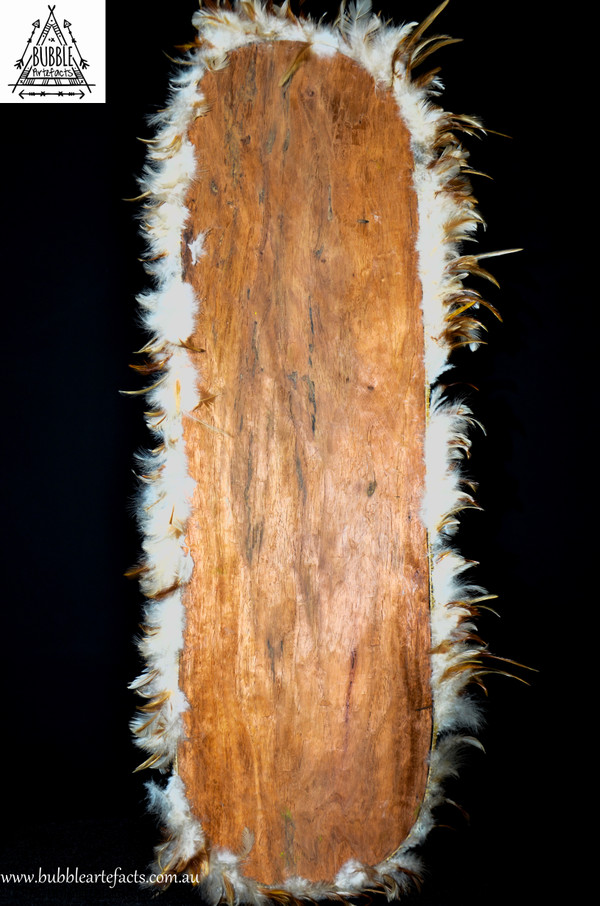 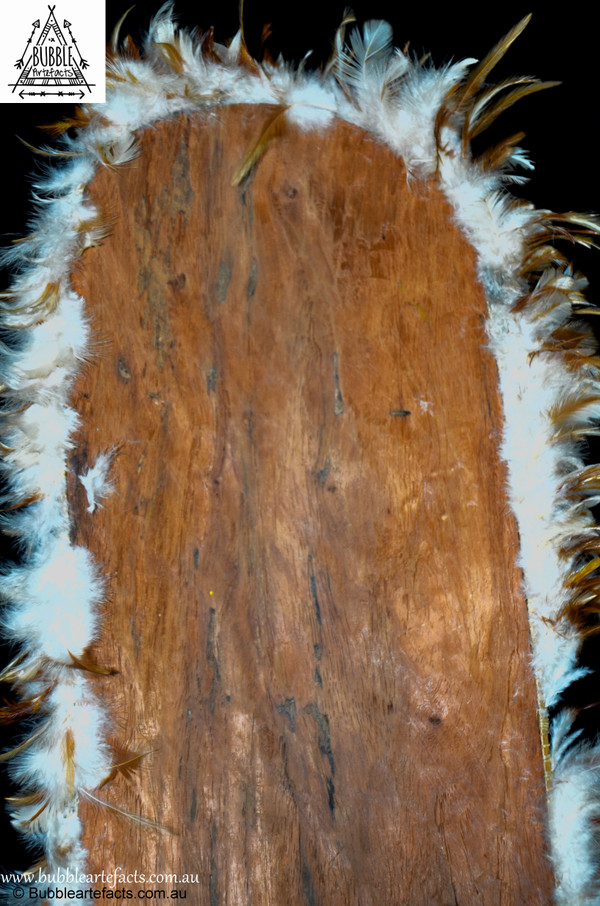 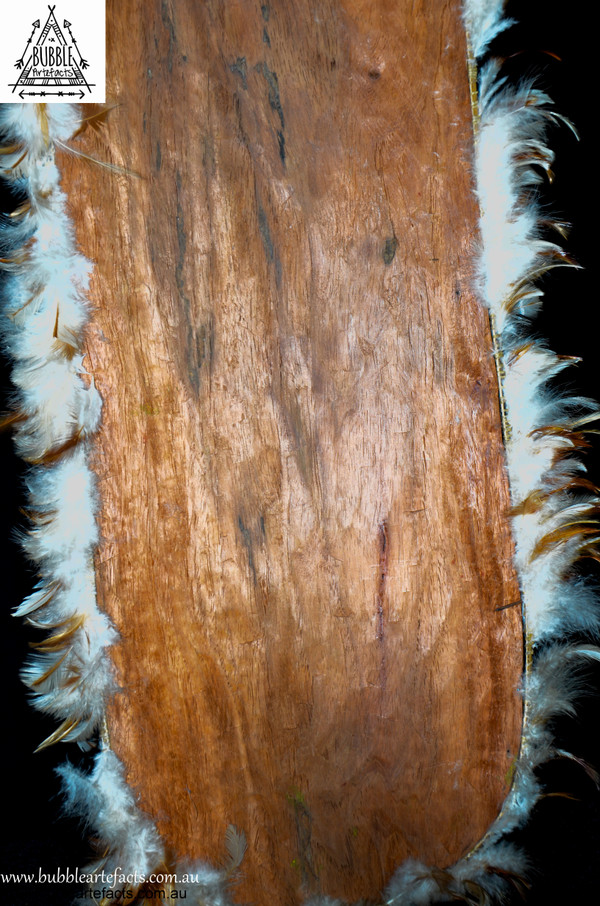 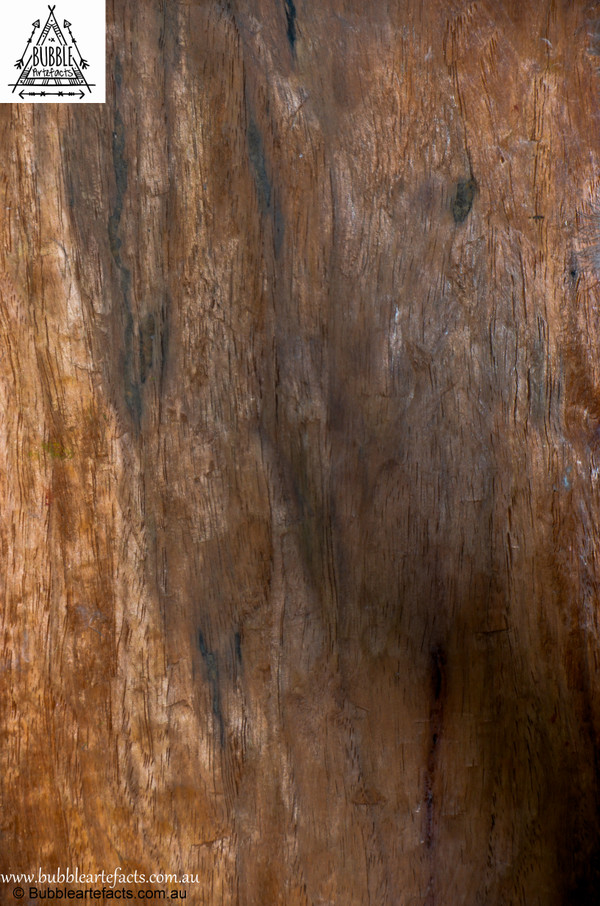