Field collected, this is a stunning well carved canoe shield from the Kandingai region of Papua New Guinea. Shields bearing a large wooden face or mask at their center were erected in the prow of large war canoes used in inter-village tribal wars along the Middle and Upper reaches of the Sepik River in Papua New Guinea. These canoes carried twenty to thirty warriors – all paddling, but with spears ready – on headhunting raids which often resulted in battles on the water. The function of this canoe shield was to protect the canoe paddlers from enemy spears. The Germans established colonial posts in the Lower Sepik River before World War I, effectively stopping these large-scale canoe raids, and the Australians, setting up the small township of Ambunti in 1924, accomplished the same in the Upper Sepik.

Many canoe shields consisted of tough pieces of sago spathe fixed to a tripartite frame of thick rattan, suggestive of a bird of prey descending with half-opened wings, or a man with raised arms. The sago spathe was usually painted in a white pigment, with two large, black circles either side of the centrally affixed wooden mask. This whole protective and fear-inducing form was edged with thick cassowary feathers

The Oceanic specialist Chris Boylan notes that the name of the canoe shield is Bowi Sabi and that the mask-like face is called Sabi (sometimes pronounced ‘savi’). Scholars suggest that the canoe shields gave magical protection to the occupants of the canoe. Boylan was informed that the Sabi mask from this area (Tambanum) represents a powerful spirit called Sekundami, one of the most powerful of all Sepik spirit types, generally known as Waken spirits.

The canoe shield was mounted on cane legs, set into holes in the prow and reached almost to chest height. A strong and brave warrior would position himself immediately behind the shield, holding a paddle to knock away the on-coming enemy spears aimed at the standing paddlers in the canoe. Most importantly, Boylan was informed, this warrior must also deflect any spears away from the mask, the Sabi. If the mask is hit by a spear it means disaster and the attack is immediately called off and the crew go into retreat. The piece has been flame dried over an open fire showcasing its early origins. The estimated age of the piece is between 1950’s to 1960’s. This is a stunning collectors piece. 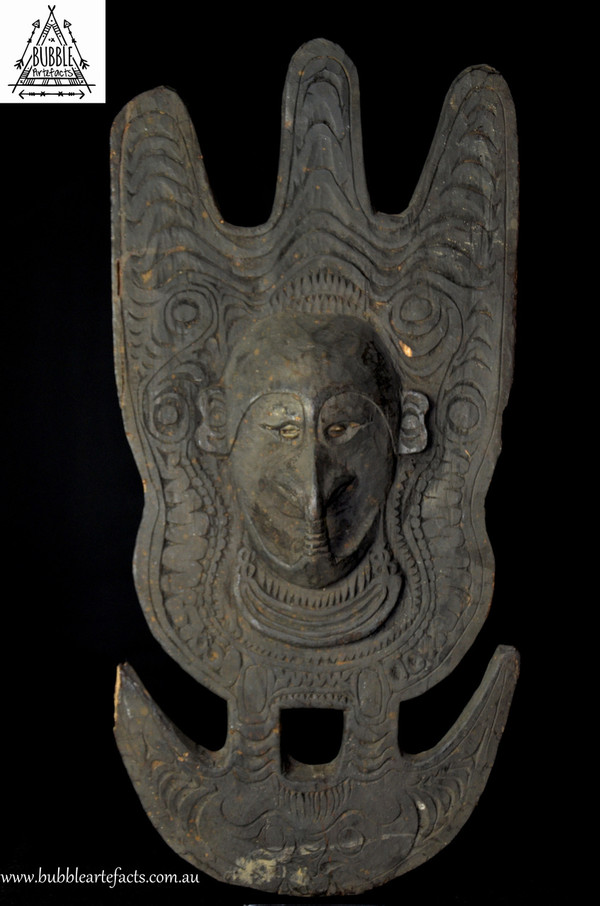 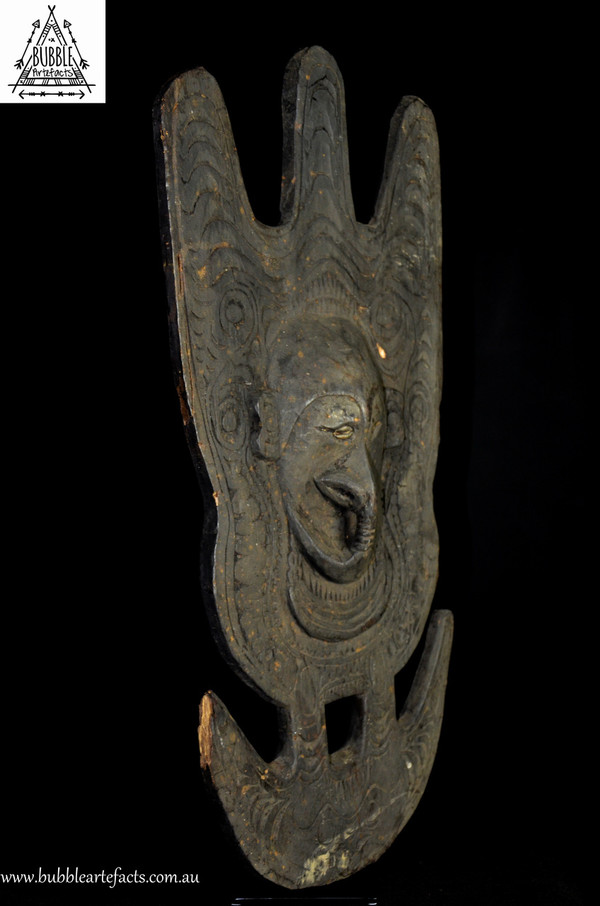 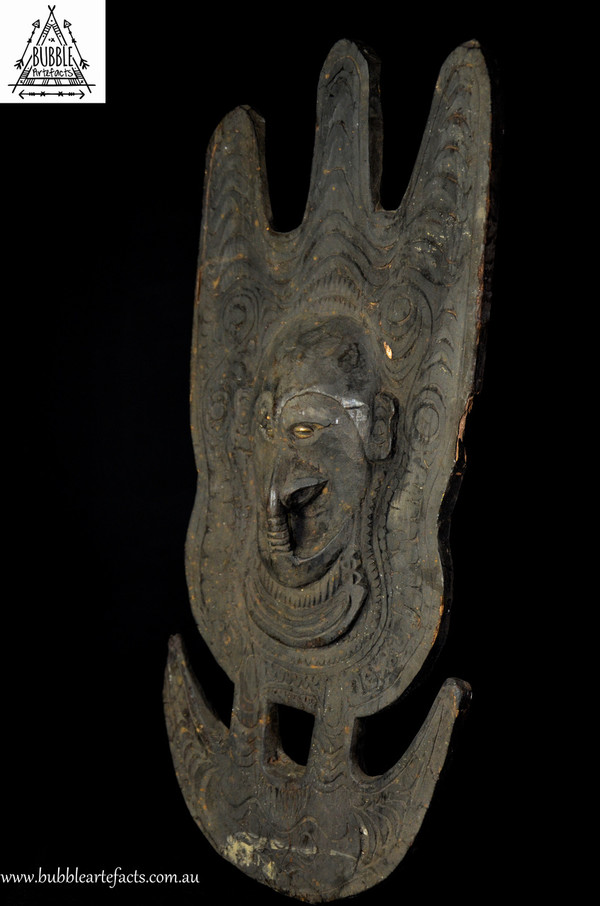 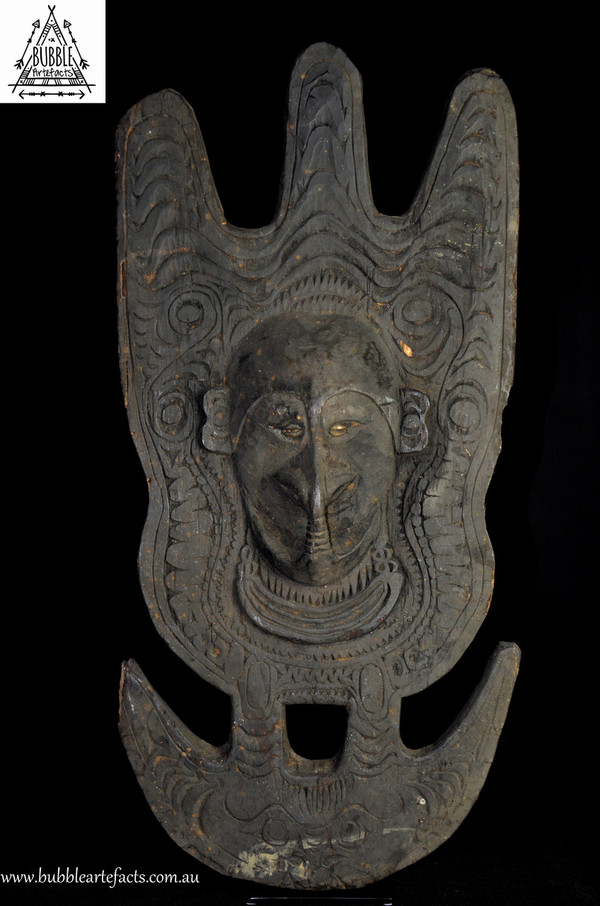 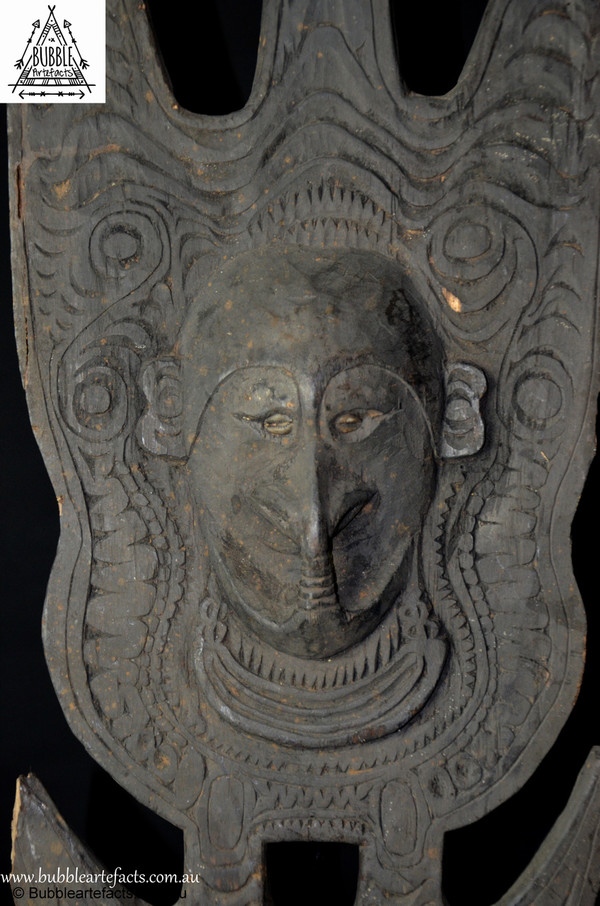 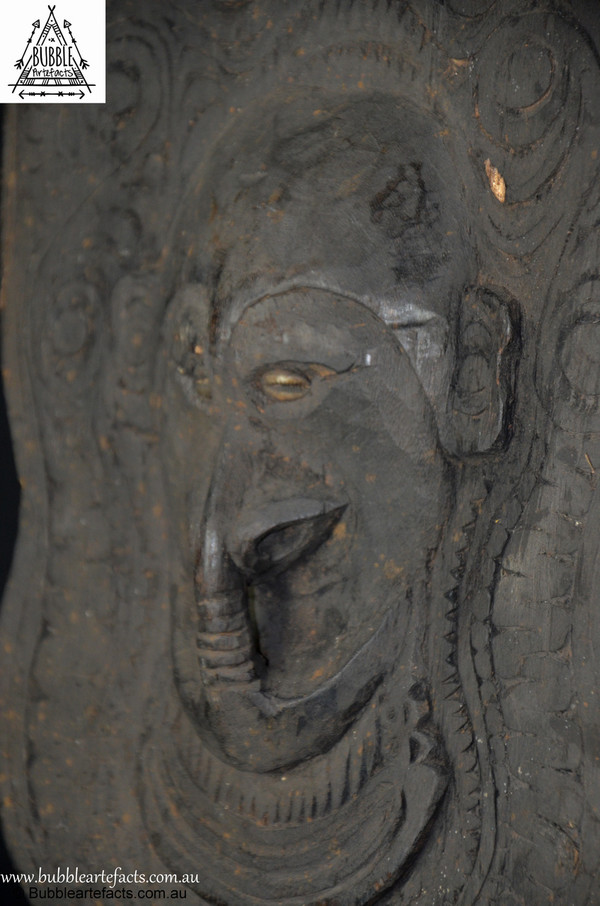 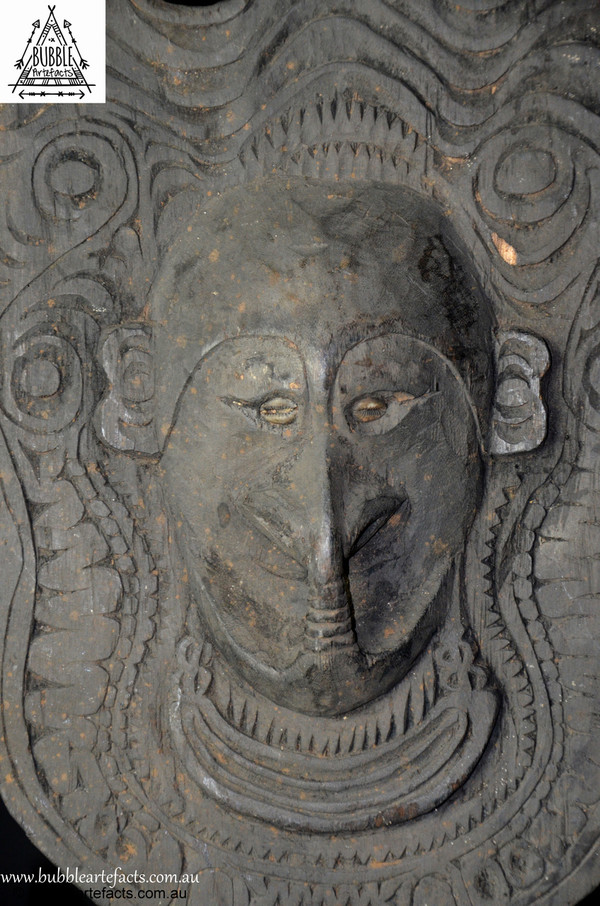 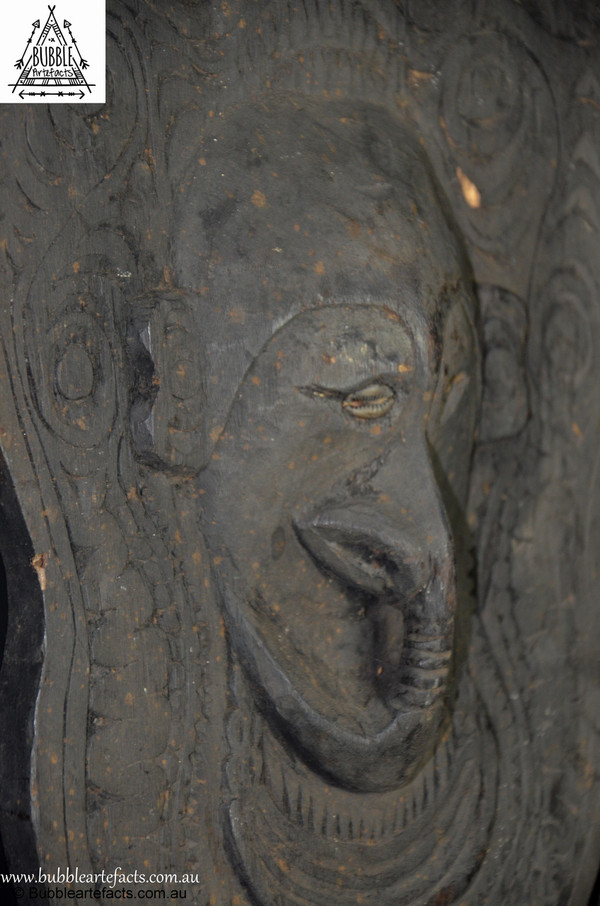 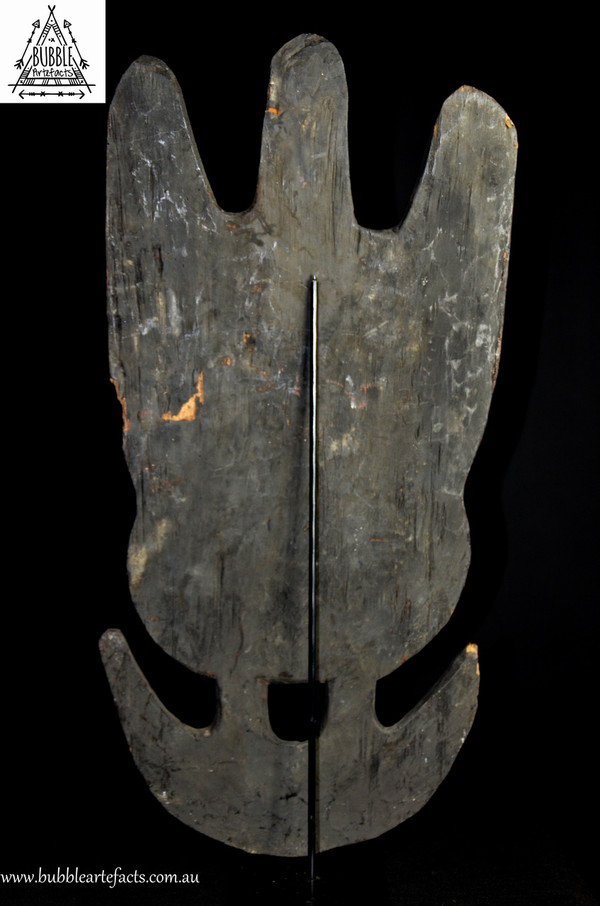