This is a very rare stunning well carved, beautifully proportioned ceremonial guardian spirit hook figure from the Kandingai Village of Papua New Guinea. This is a fabulous Old Ceremonial Guardian Spirit Hook with spirit animals from the Kandingai People of the Sepik Region, Papua New Guinea. Hooks have both utilitarian and ceremonial functions, and are suspended from the rafters by a cord, and they are used to safeguard food, clothing, and other items, which are placed in baskets or string bags. These bags are hung from the hook-shaped prongs at the base to keep them out of reach of vermin. Most hooks are adorned with representations of ancestral spirits and totemic animals associated with the owner’s clan. In the past, some suspension hooks, especially those representing waken (a sacred ritual), the most powerful supernatural beings, served as sacred images through which the supernatural beings they depicted could be consulted. Before embarking on a raid or hunting expedition, men gathered within the ceremonial house to consult the waken through the hook bearing its image. Offerings of chickens, betel nut, or other items were hung from the hook and then consumed by a human “attendant,” who went into a trance during which the waken spoke through him, providing advice. Household suspension hooks were also used to contact spirits about more minor matters. This is a wonderful suspension hook and would be a wonderful addition to your collection. 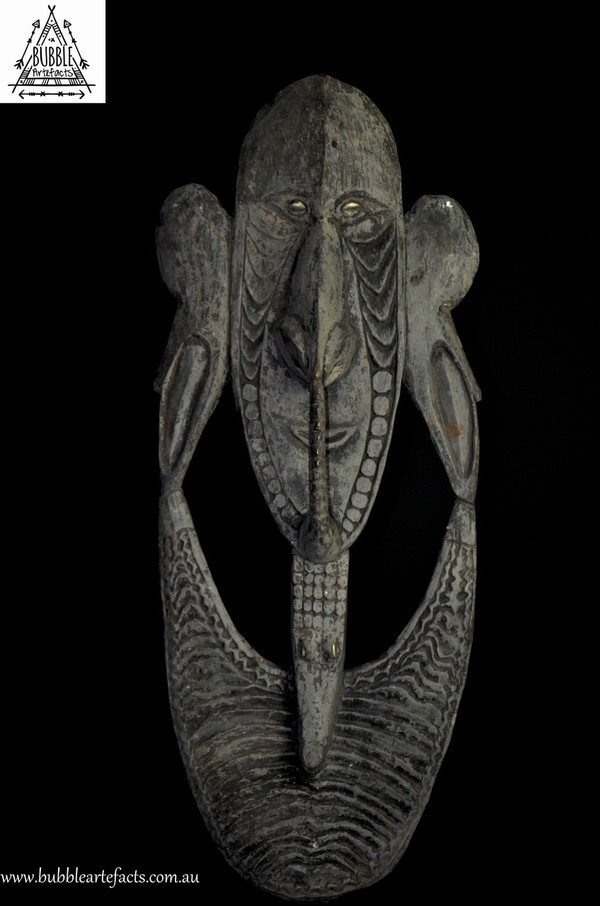 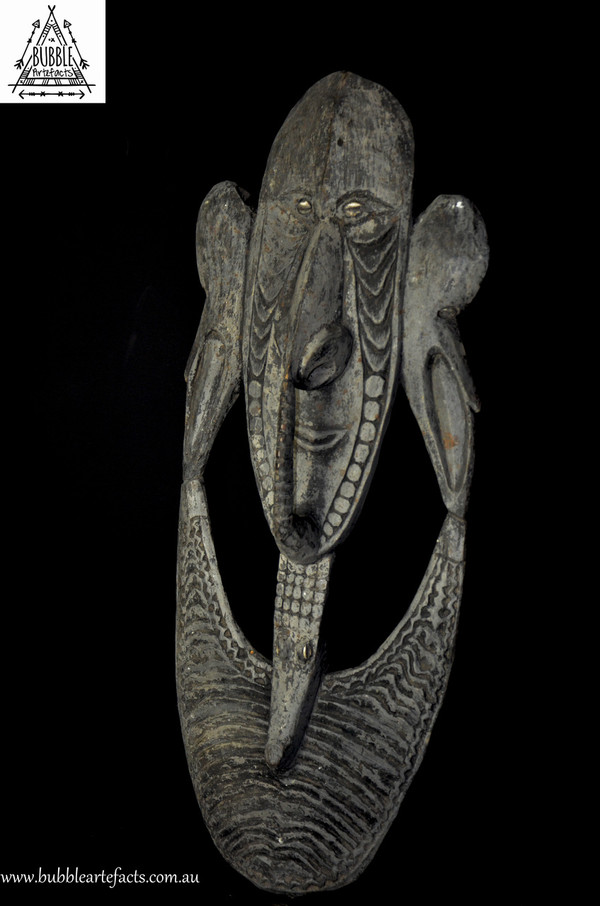 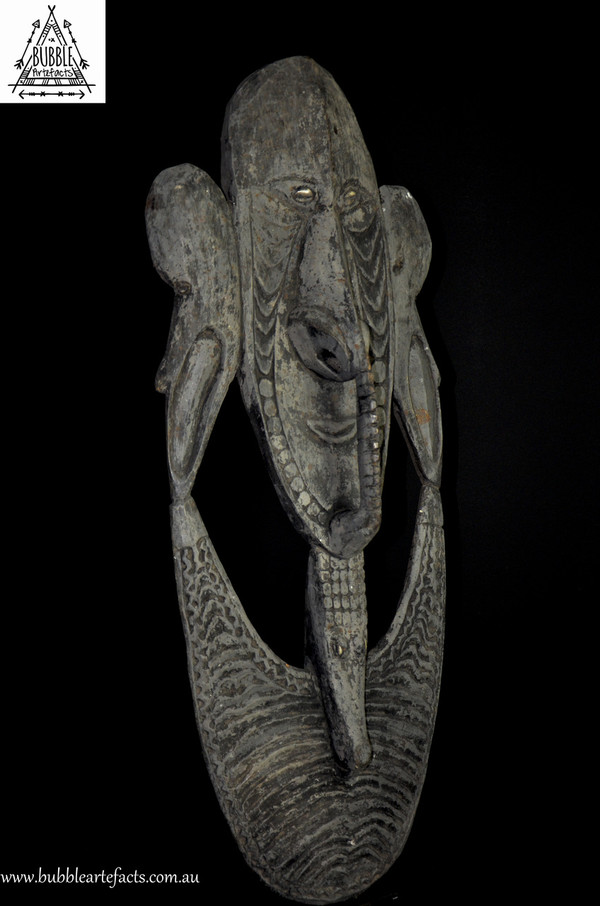 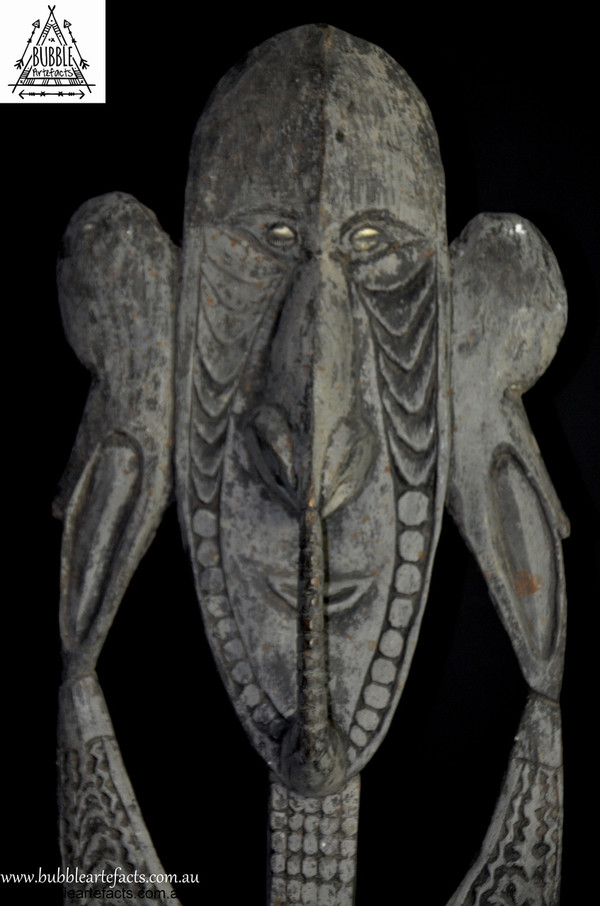 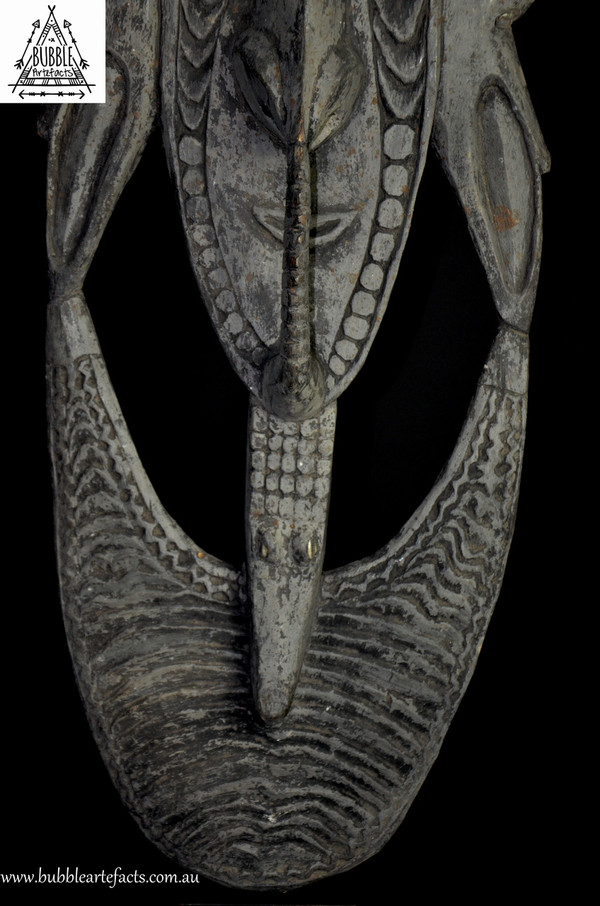 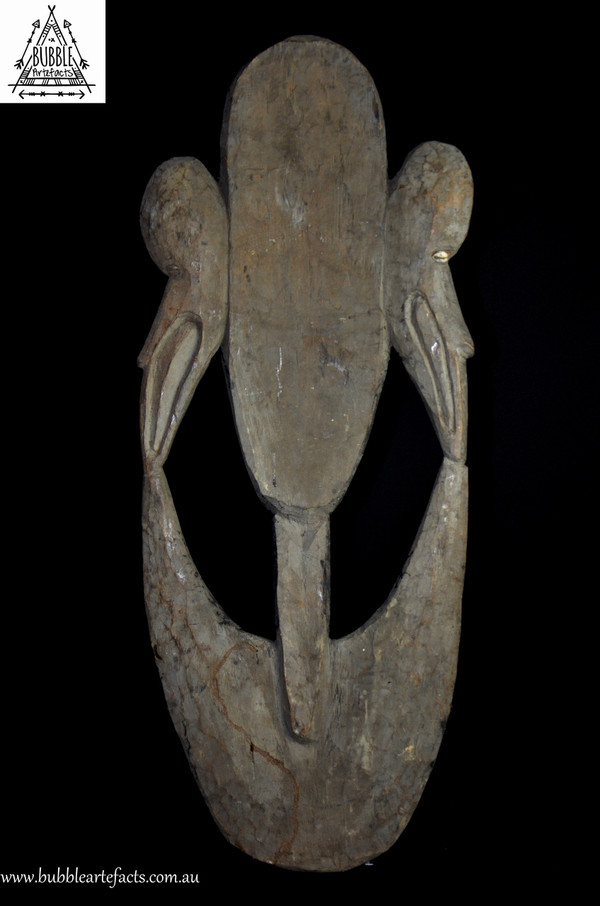