Collected in the 1960's, this is a stunning very large well carved ceremonial spirit ancestor flute stopper from the Mindimbit region of Papua New Guinea. This raw organic well carved ancestor guardian spirit is extremely well carved and of classical form with stunning tribal ochres covering the piece. This is a fine old figure of far higher quality than is usually found and is truly a museum quality organic piece. This ancestor figure is from the Upper Sepik area in Papua New Guinea and would have been used in rituals and initiations. Flutes are generally used in pairs on ceremonial and ritual occasions, initiations and to ward off evil spirits. The sound they make is considered to be the voice of clan spirits and they can only be played by initiated men. Women, children, and uninitiated men are not allowed to see the flutes being played. The images atop the flutes are ancestor figures and clan totems. The flute is considered a sacred instrument. Flutes in Papua New Guinea are usually much larger than western flutes, made out of lengths of hollow bamboo. This village is near the junction of the Karawari and Korosameri Rivers. The Korosameri leads to the beautiful Blackwater Lakes region. The piece has been flame dried over an open fire showcasing its early origins. The estimated age of the piece is between 1960’s to 1970’s. This is a stunning collectors piece. 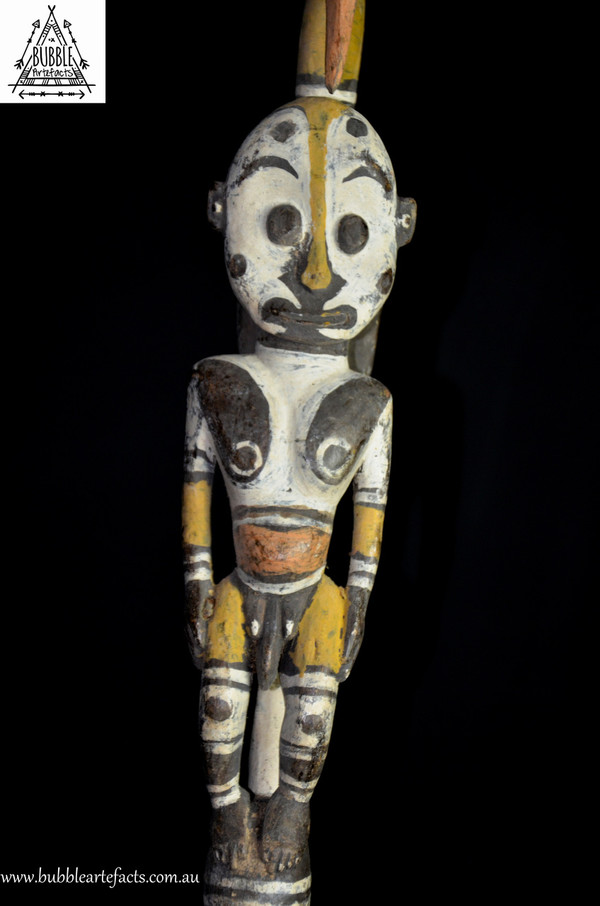 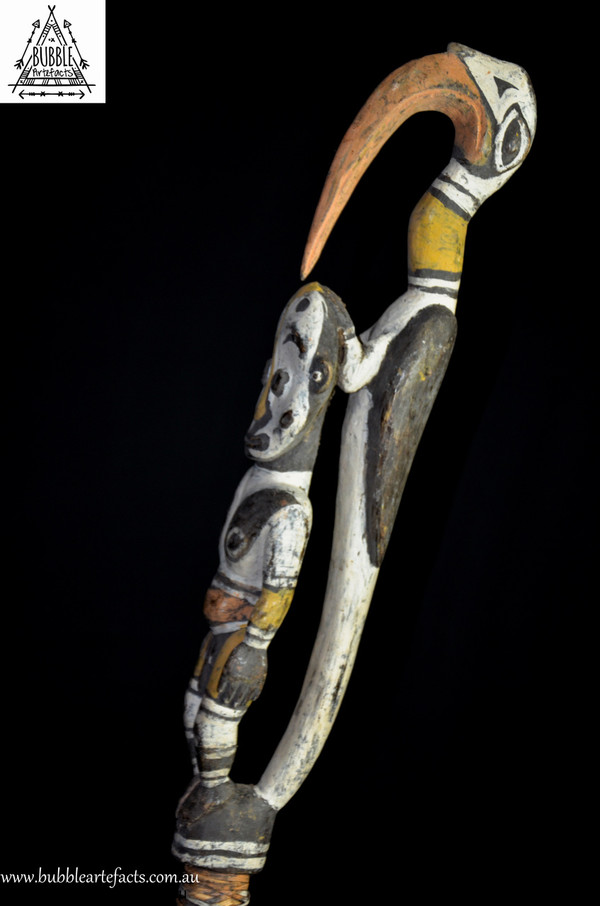 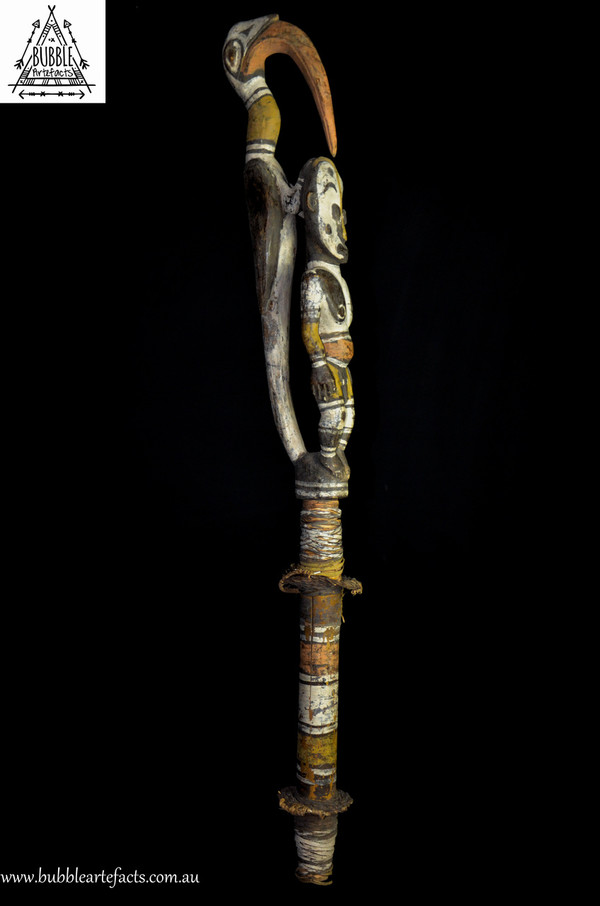 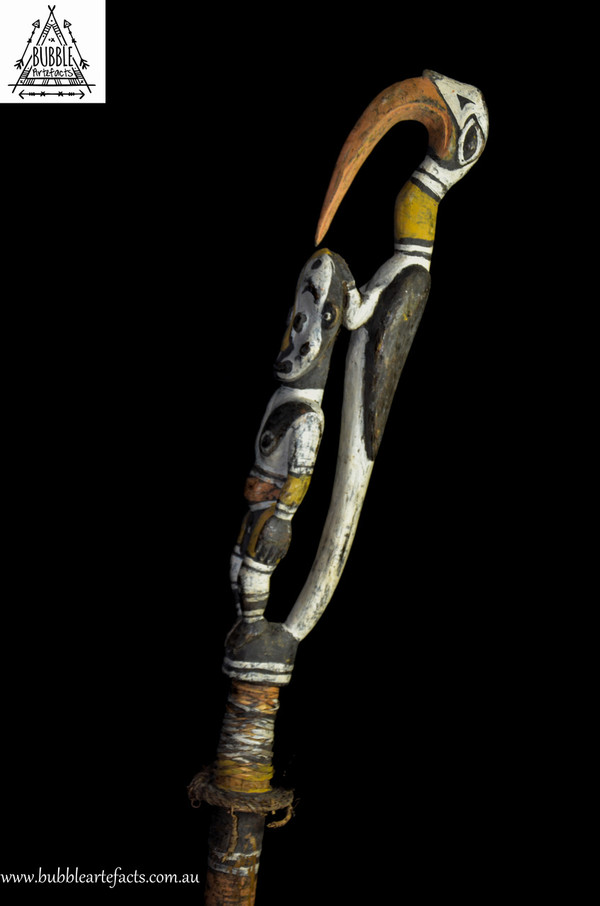 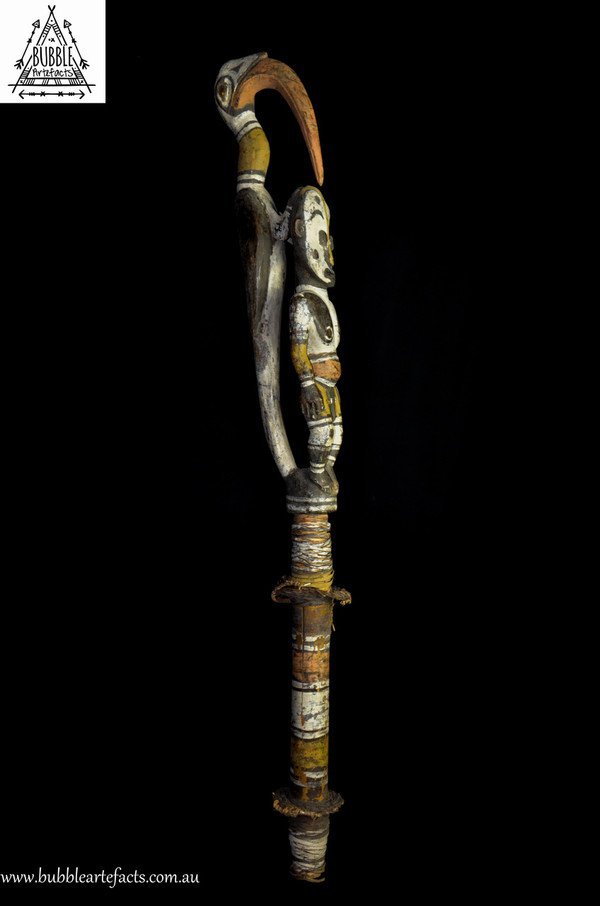 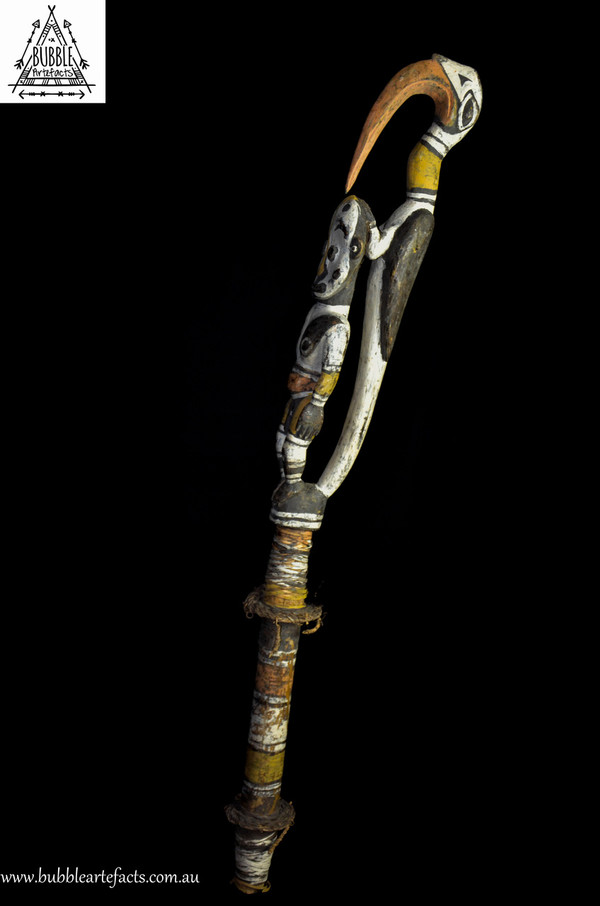 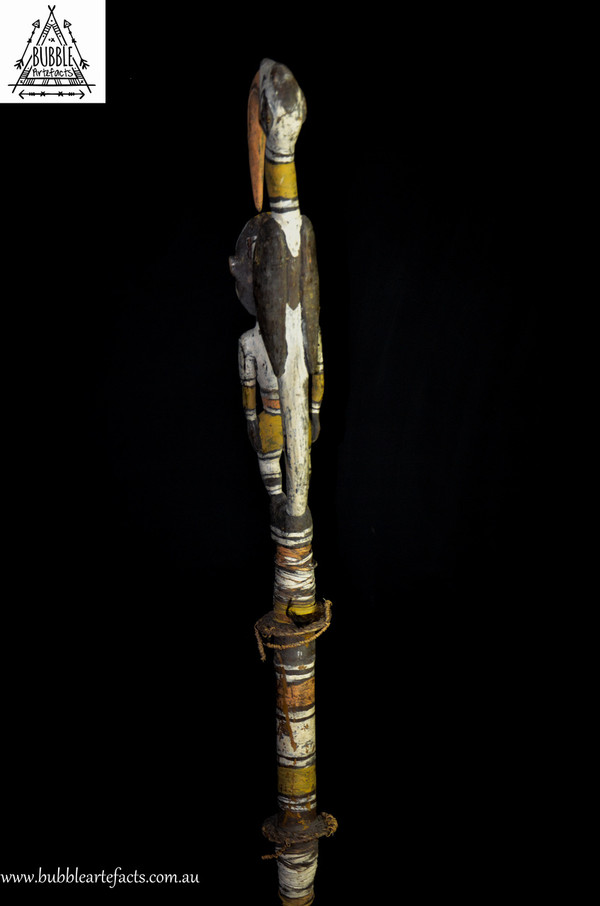 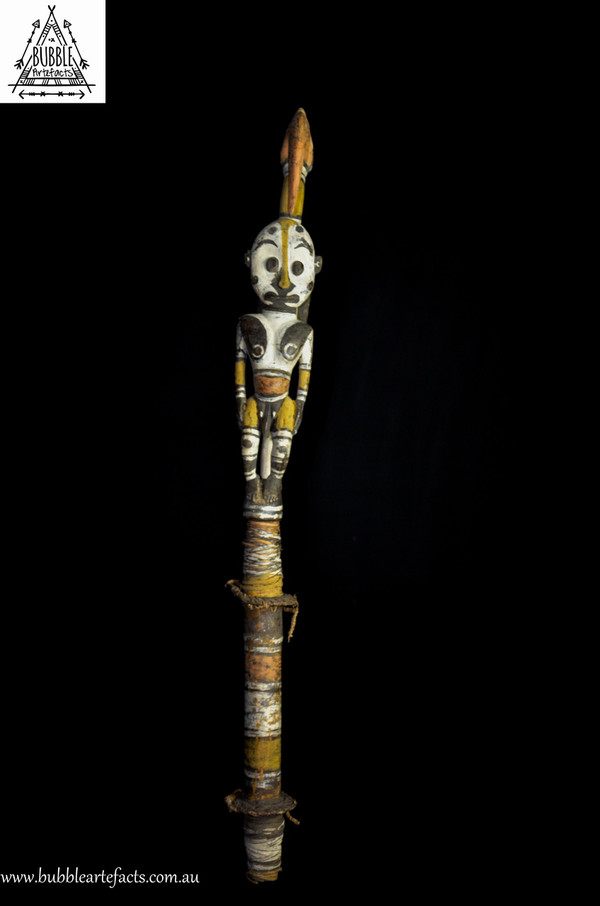 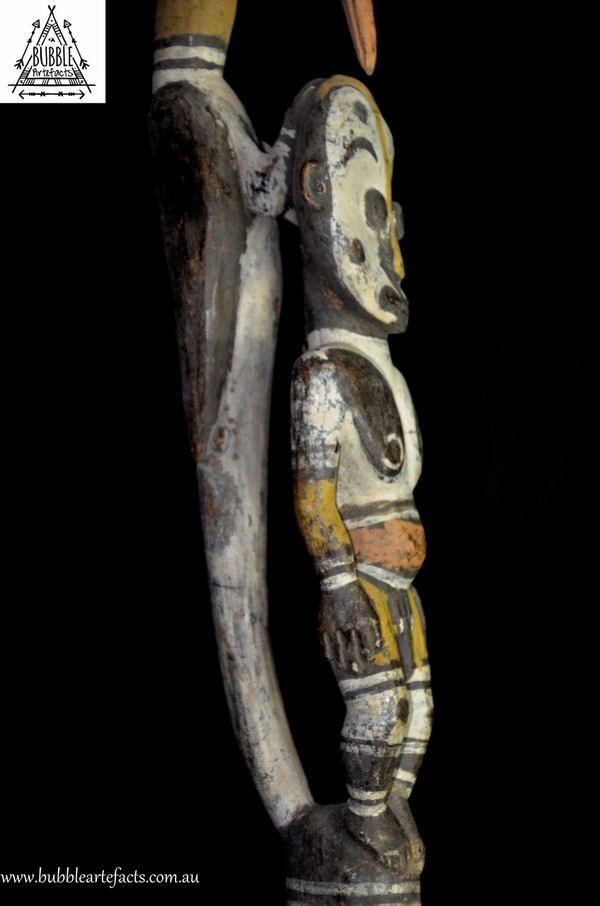 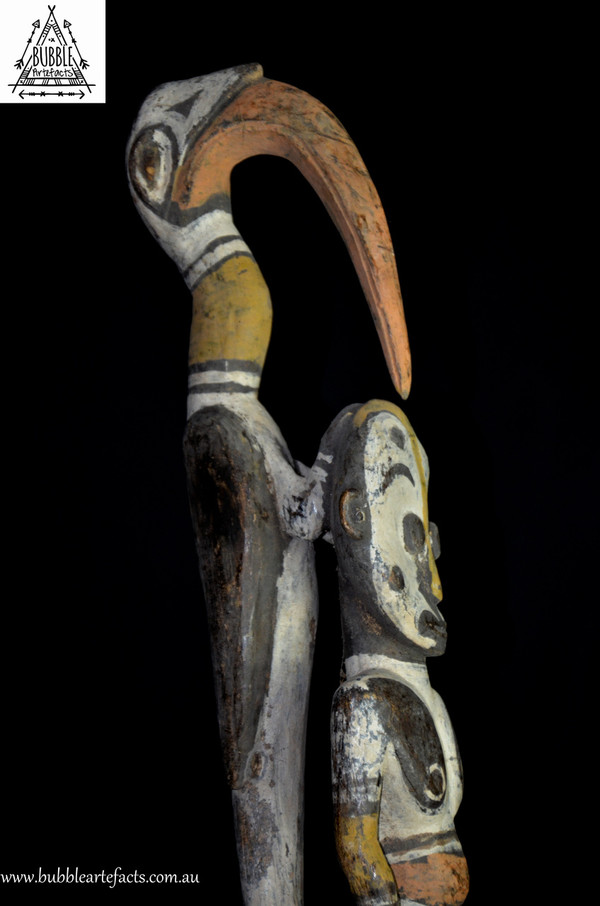 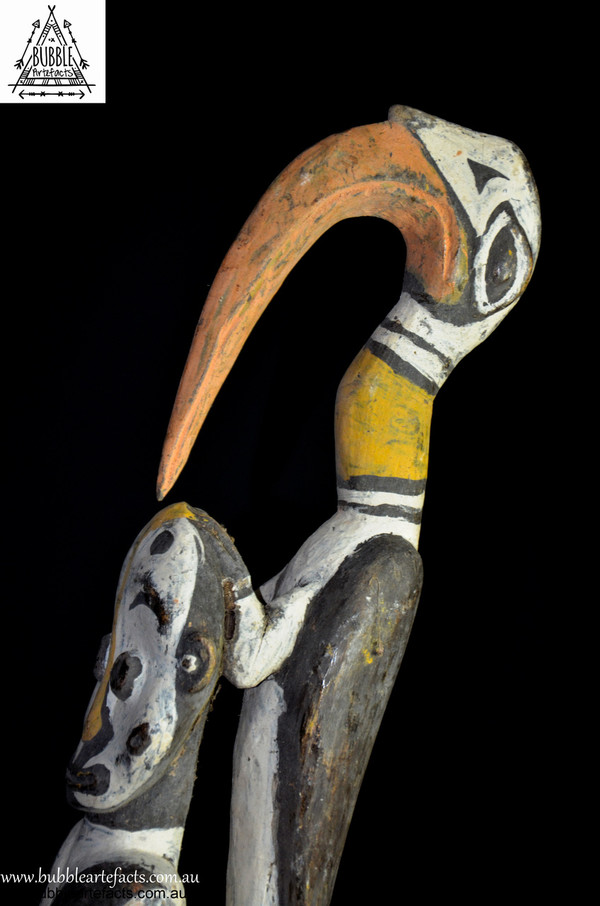 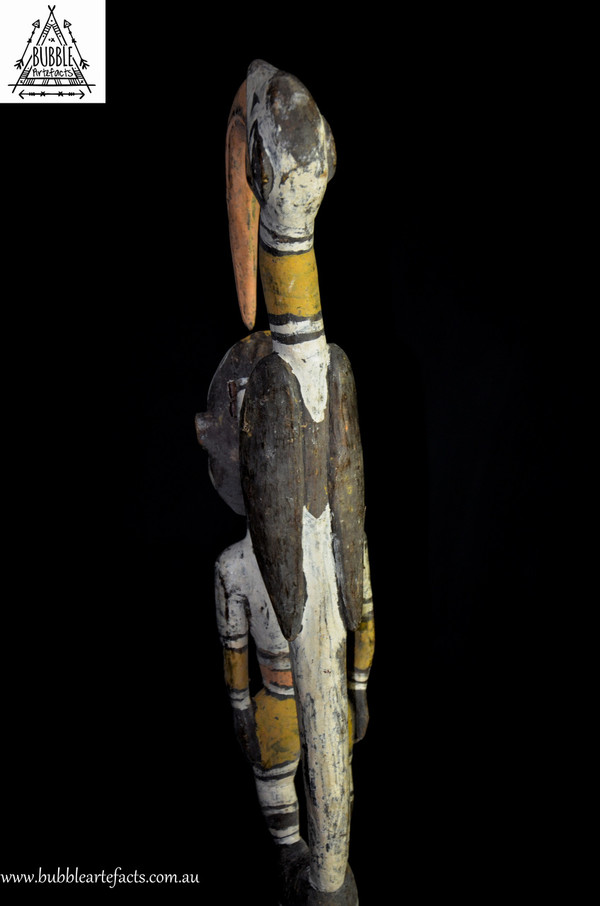 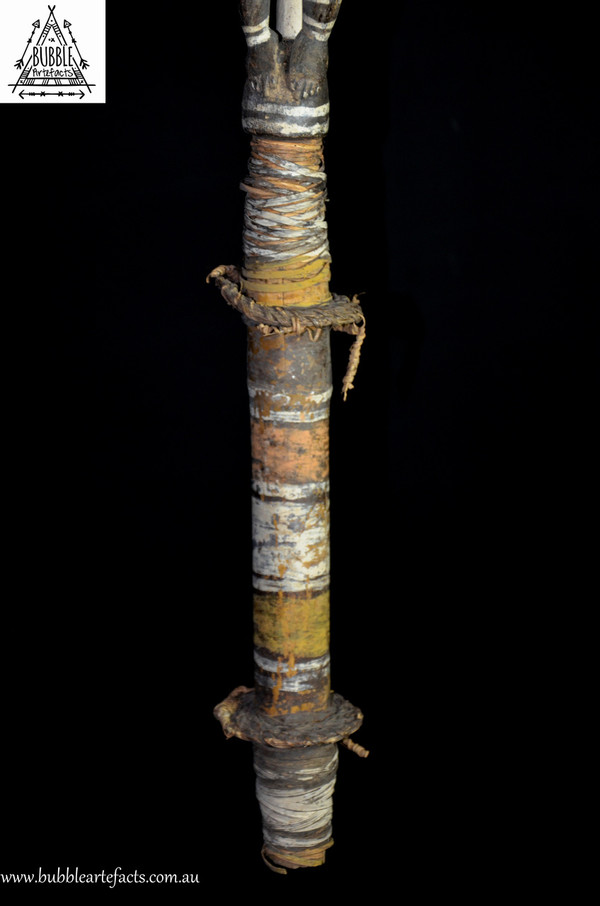 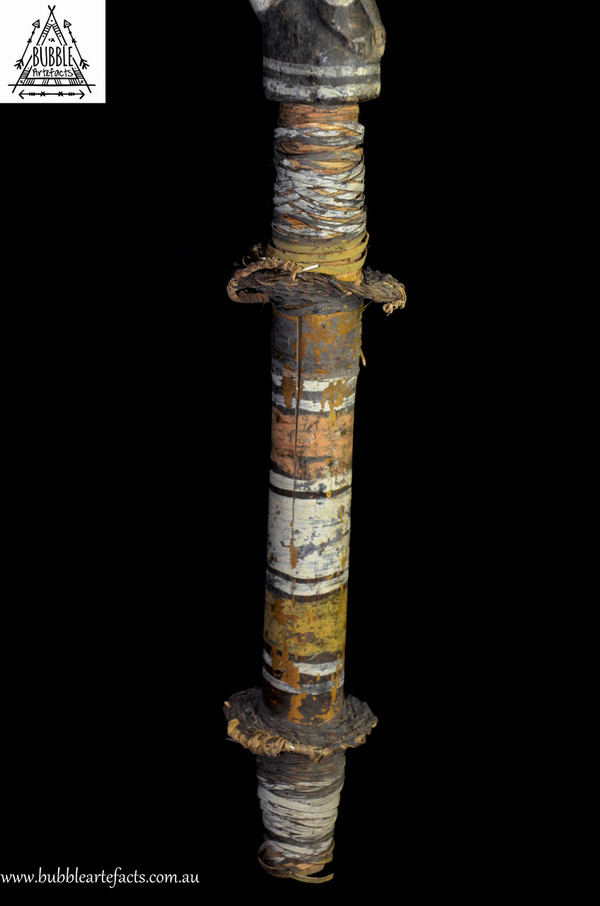