This beautiful long nose wickerwork mask is a female example called "nariofa" and represents a water spirit (the male is called nario which has a long un-tucked nose) These long nose tumbuans may represent water or bush spirits. Masks of this type are not complete without a skirt of sago fronds to conceal the dancer. Wickerwork masks with long noses represent male spirits associated with natural phenomena, like a stream, or animals, especially birds. They perform in pairs and are used during initiation ceremonies when the initiates receive their scarification marks.They hang in the ceiling of the Haus Tambarans when not in use. They are not common and the female ones are very rare and unusual. It has a bold spiritual presence with nicely formed raised conical eyes and shelf-like mouth.  Much of its applied charcoal, lime and ocher paint is intact. In very good condition. Field collected. Late 20th century. 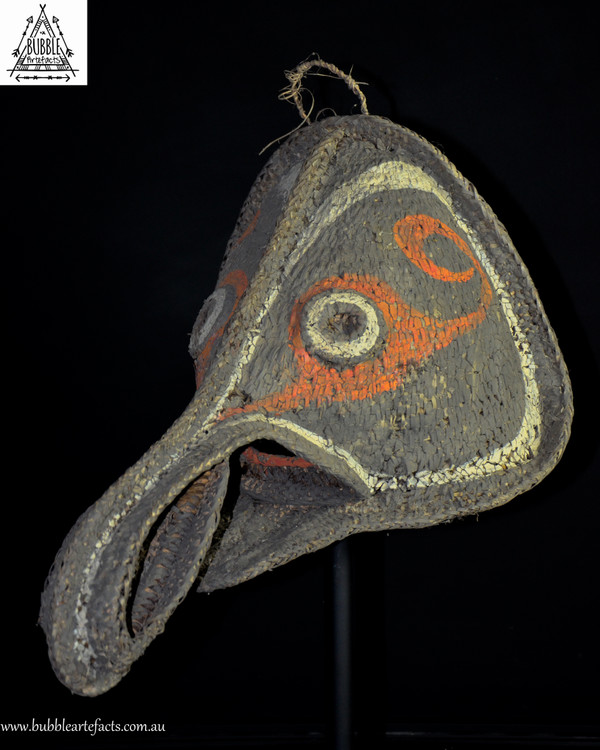 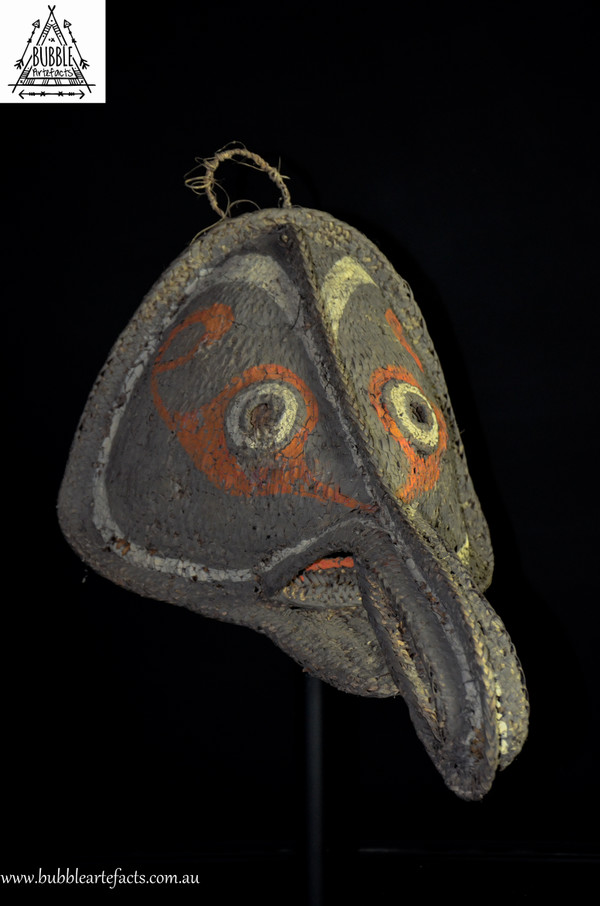 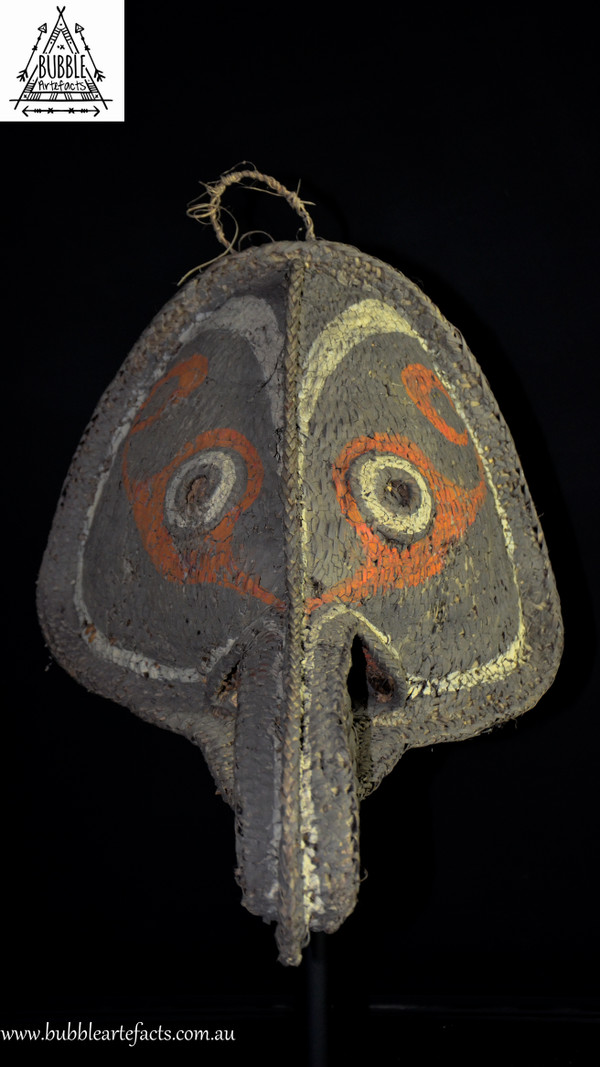 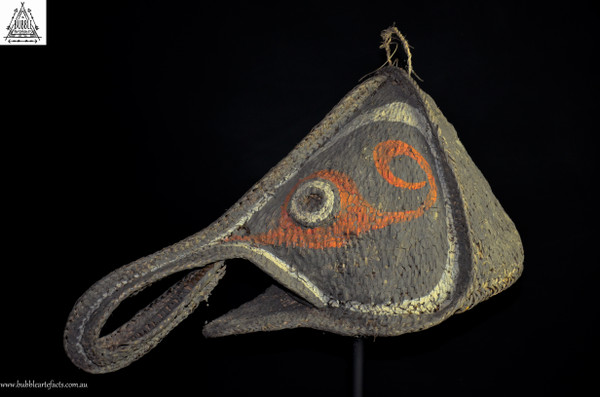 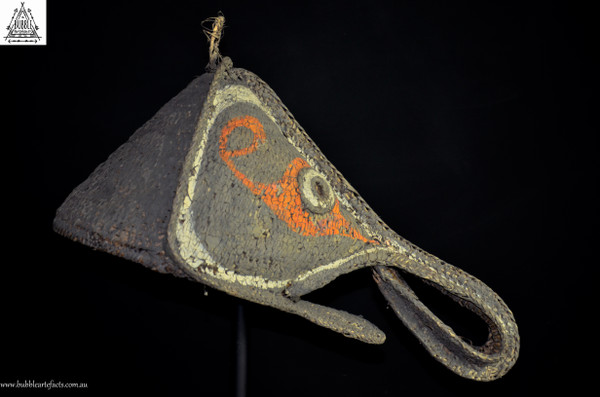 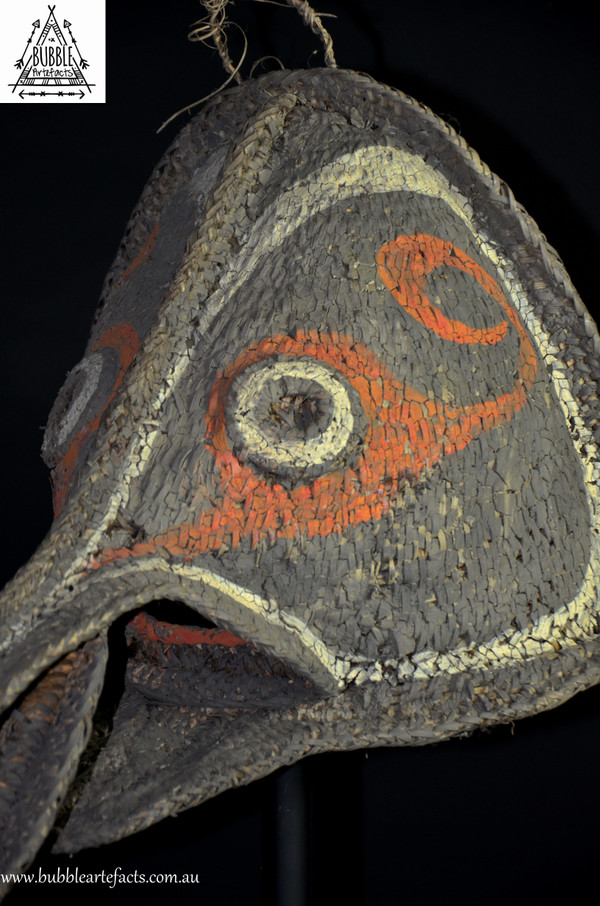 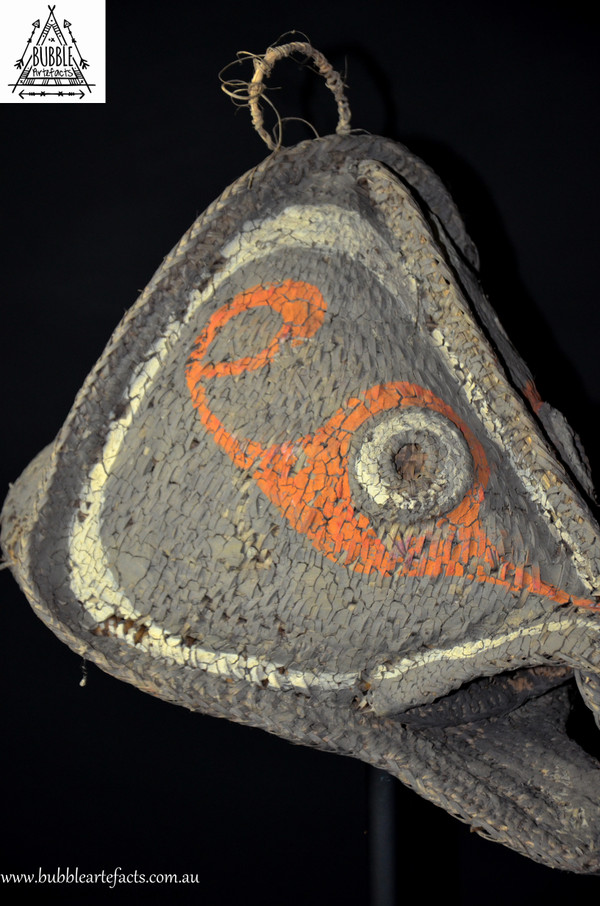 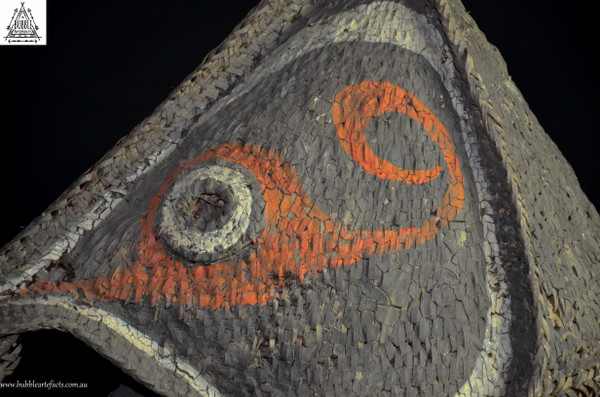 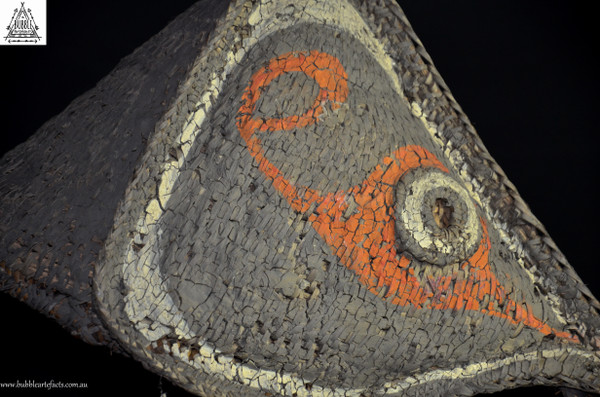 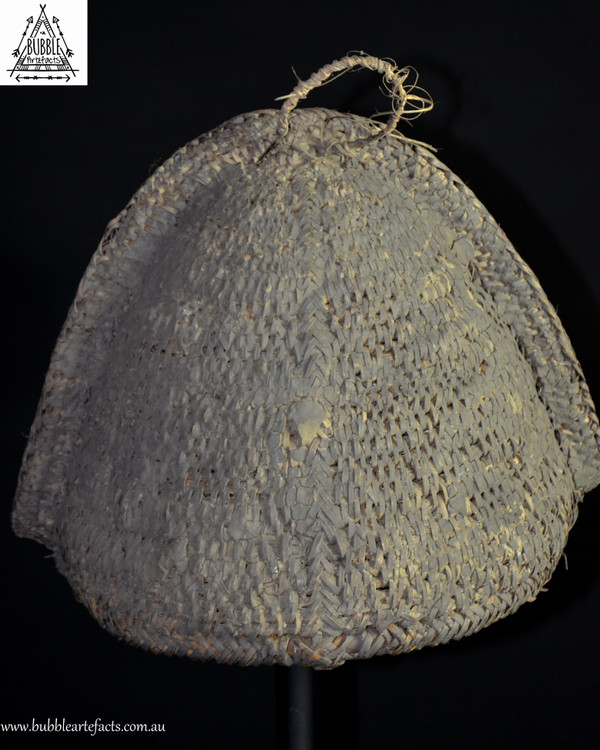 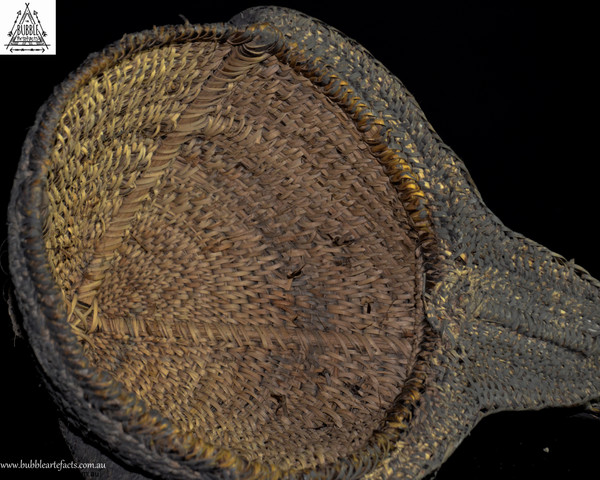 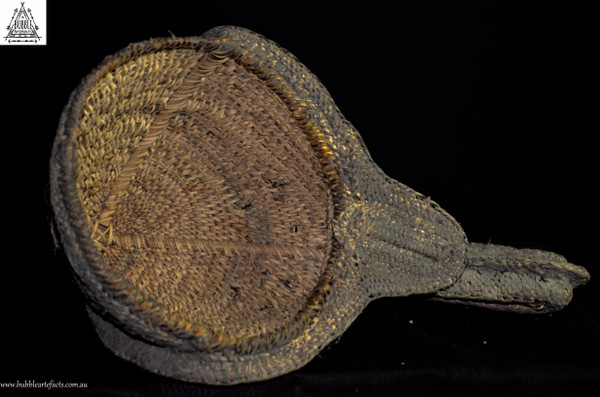