Please contact bubbleartefacts@gmail.com for a quote on shipping this piece.

This rare South Pacific beer motif war shield from Papua New Guinea depicts contemporary imagery painted in the traditional manner over previous decoration on an old war shield, reflecting integration of cultures in PNG. From his book, Paradise: Portraying the New Guinea Highlands, Dr. Michael O'Hanlon writes: "'Raggiana bird of paradise war' is the term for the most bitter type of conflict.' There is a similar shield from the Artist Kaipel Ka in the National Gallery of Australia and additionally some in the British Museum.

"When inter-group warfare recommenced in the1980s, people in the Wahgi area of the Highlands of Papua New Guinea started making fighting shields after a gap of fifty years. Wooden shields were used initially, but the subsequent introduction of guns into the conflict led some Wahgi men to replace them with metal ones made from car bodies or 44-gallon drums.

Commissioned to replicate painted shield designs for various warring groups, [Kaipel] Ka’s work visually acts in much the same way as football team colours. Kaipel’s own explanation of his use of the SP design was that he had been asked by senior men to incorporate a representation of a beer bottle on the shield, to make the point that “it was beer alone which had precipitated this fighting”. (The war followed the breakdown of negotiations for compensation after an inebriated Senglap [clan] man had fallen from a Dange [clan]-owned vehicle.) Rather than including a picture of a beer bottle, Kaipel decided instead to make the point by using the SP design as a whole”

At one level, then, this design parallels those that express regret. At another level, there is also something appropriate in the use of beer. Beer drinking is often a “group” matter, just as warfare is. As Marie Reay observes “Clansmen fight together; they also drink together.”

Although the artwork on this shield may not be from the artist Kaipel Ka – it has been painted in the same spirit in the same era. It is a stunning collectors piece and very rare to find on the open market today. This is a stunning one of kind piece, still has arm cords attached at the reverse and is in beautiful condition for it's age. The piece has been flame dried over a fire showcasing it's early origins.

Although the artist who painted this shield is unknown – it is a stunning collectors piece and very rare to find on the open market today.

- Please contact for a quote on Postage/Shipping for this item - 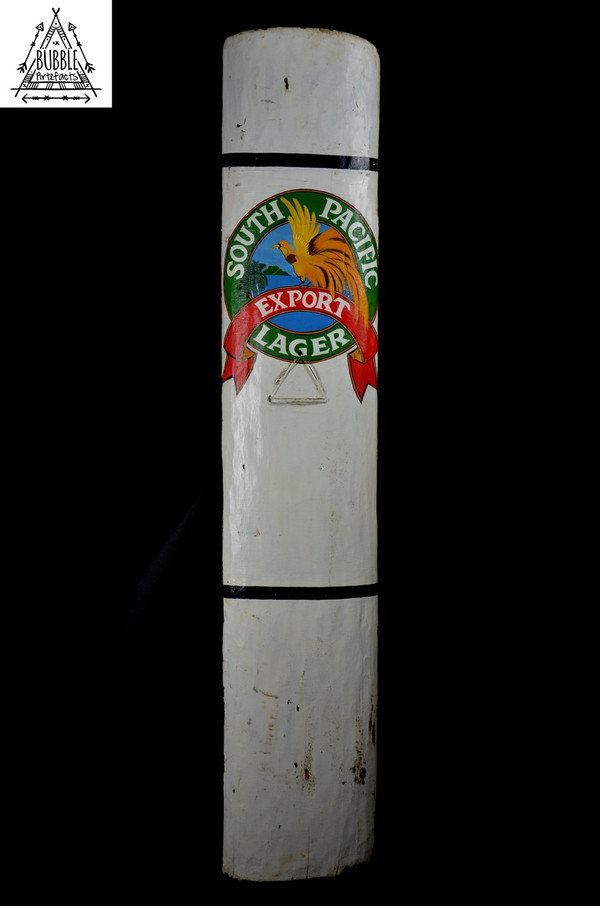 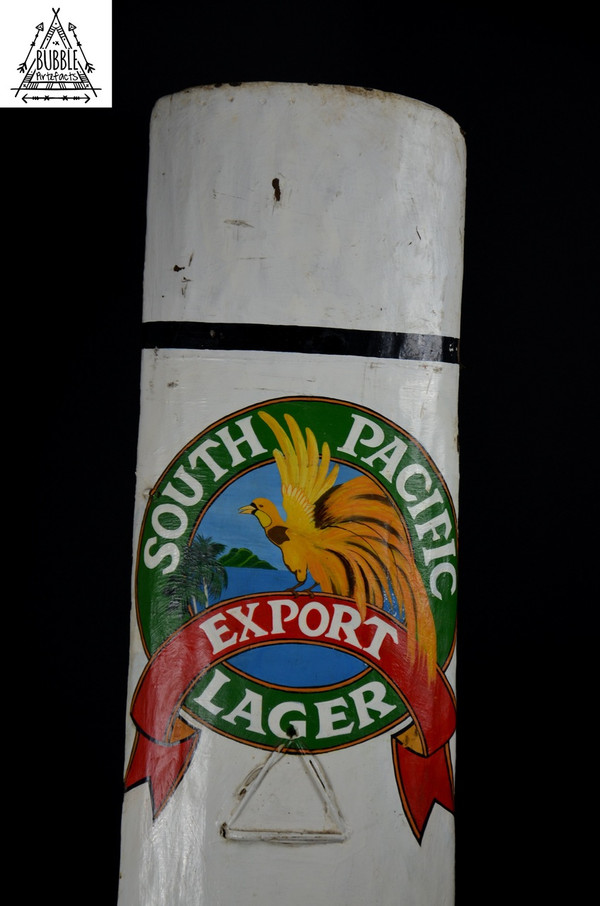 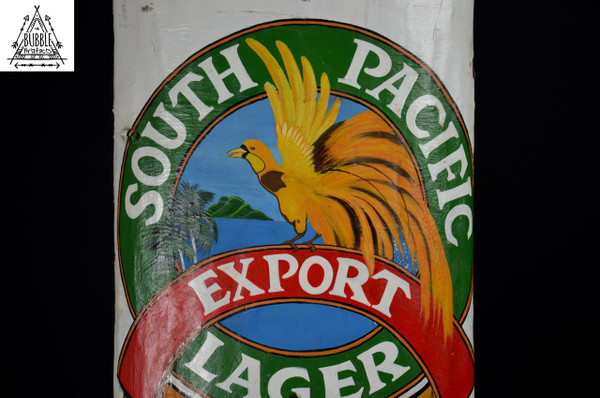 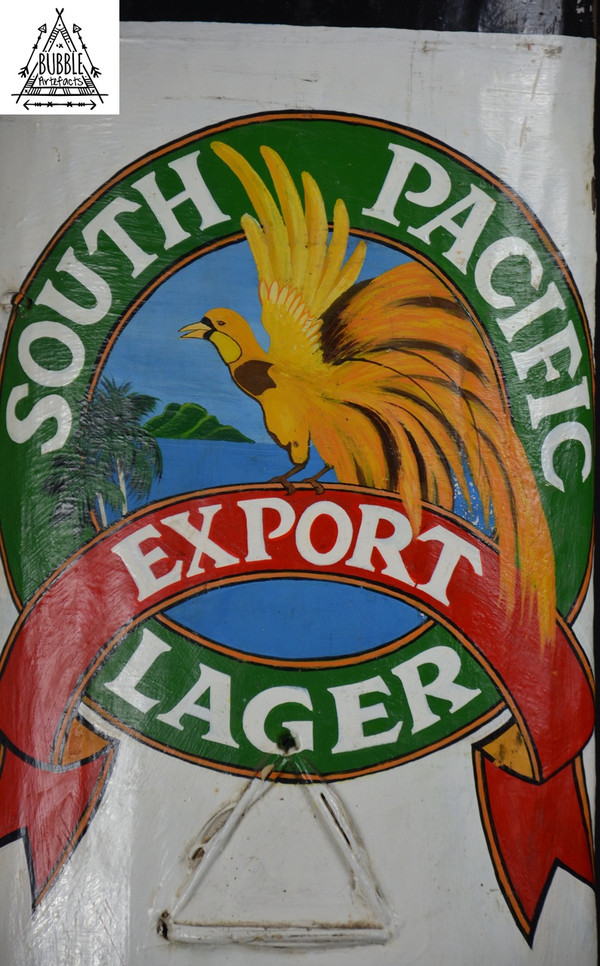 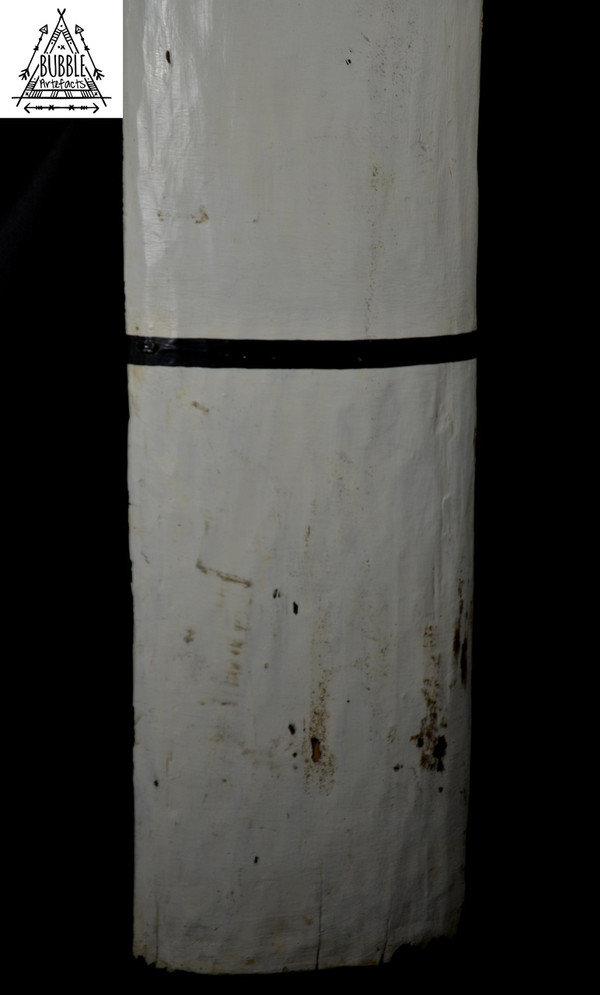 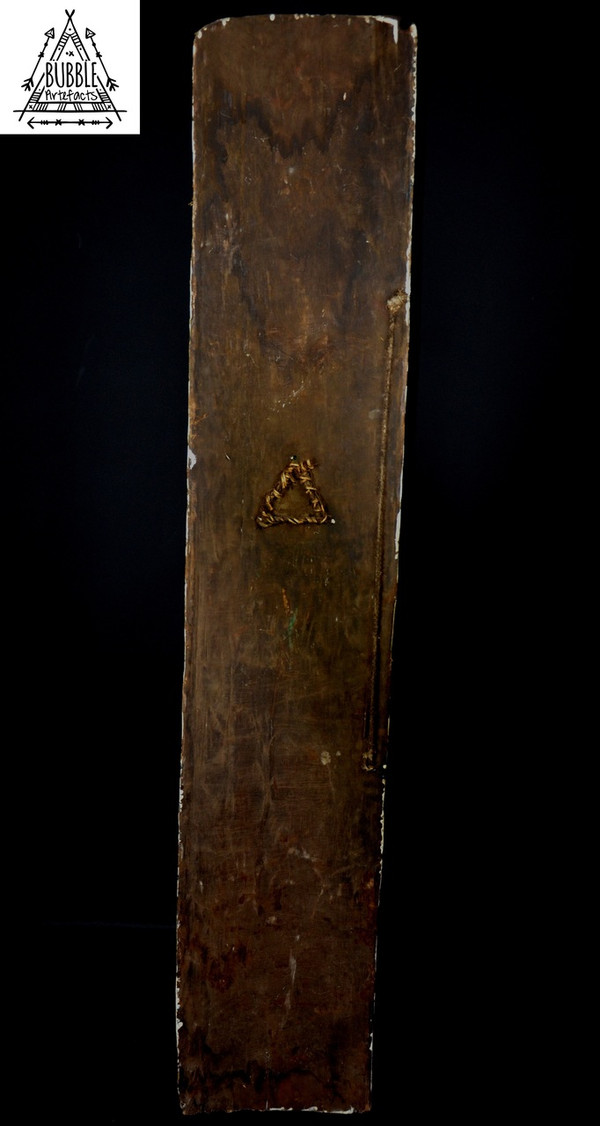 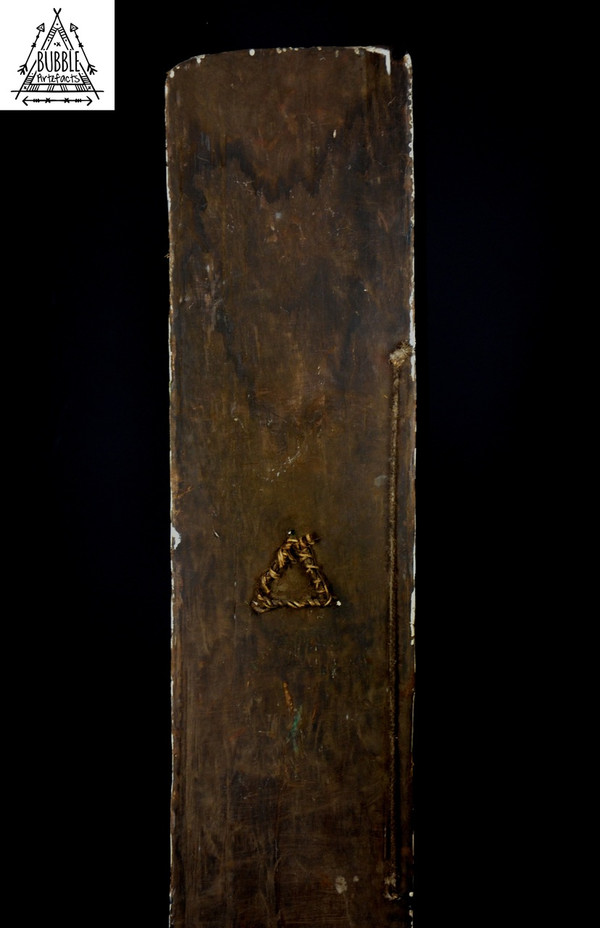 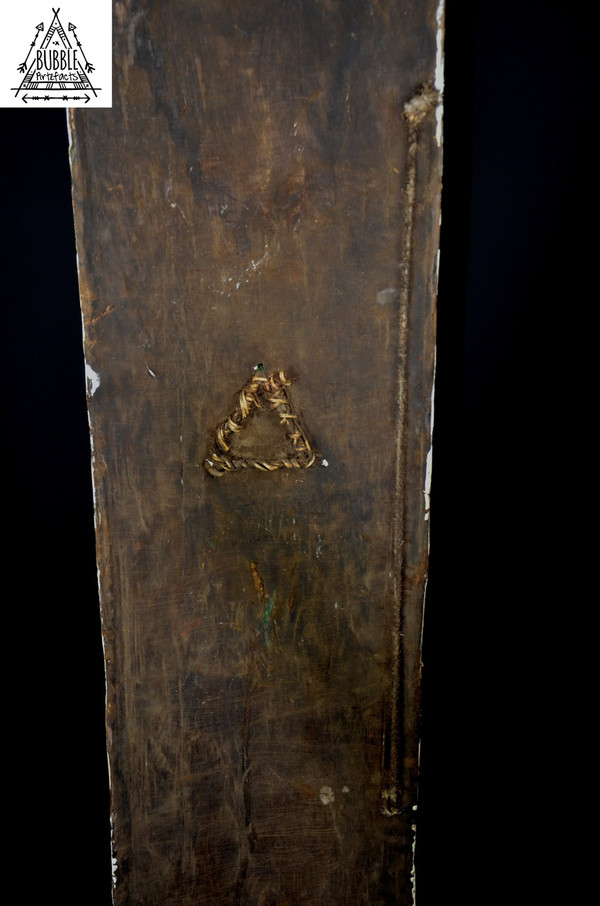 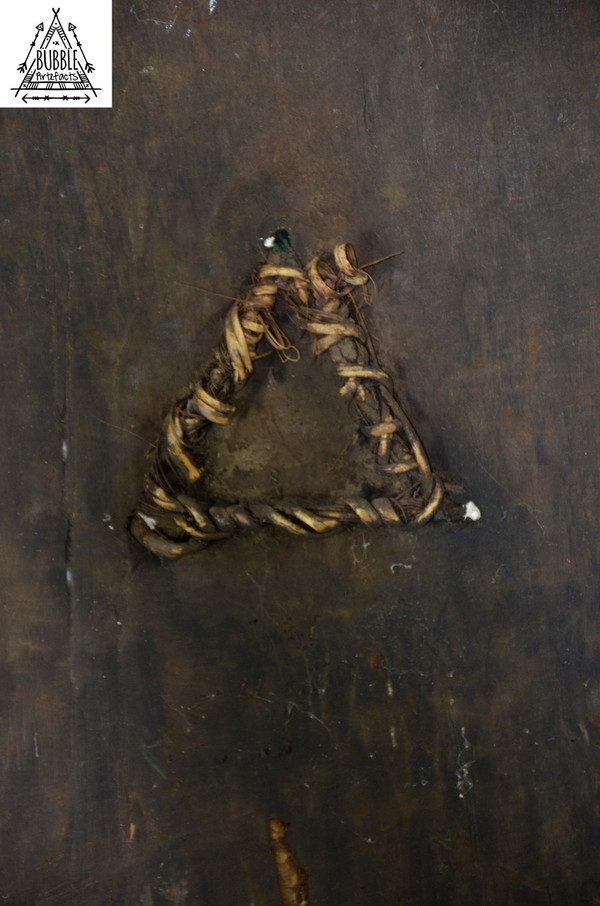 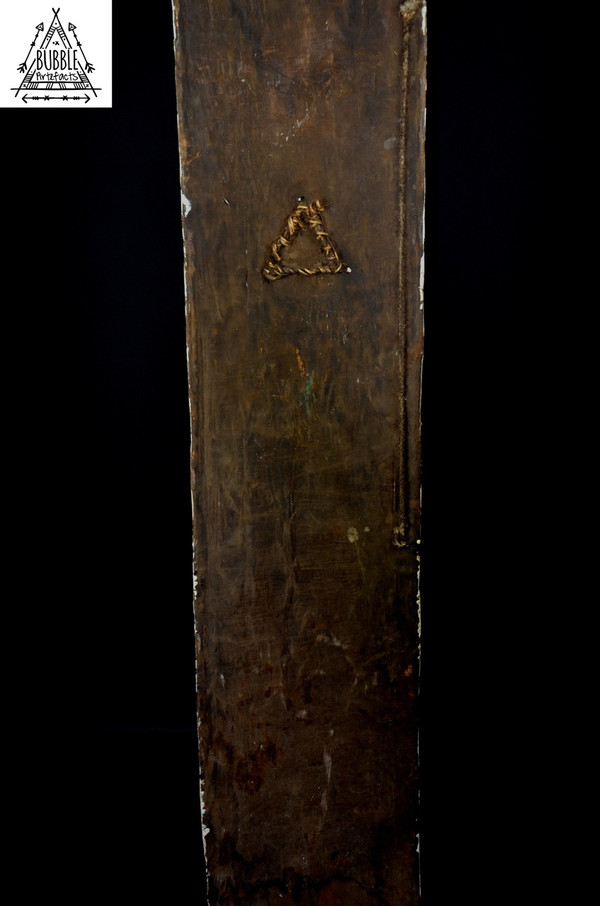