Collected in the 1960's, this is a stunning beautifully carved old Cassowary Bone dagger from the Abelam People, Papua New Guinea. Stunning old Cassowary Bone Dagger with ancestral clan etchings from the Abelam. Take a look at the bird head carving at the top of the piece, such detail. Although daggers were used in displays of warfare, they were also found to have ritual purposes and often used in initiations. The piece has a deep glossy patina throughout from generations of use and handling. It is of superb museum quality. The estimated age of the piece is between 1930’s to 1940’s.This is a stunning collectors piece. 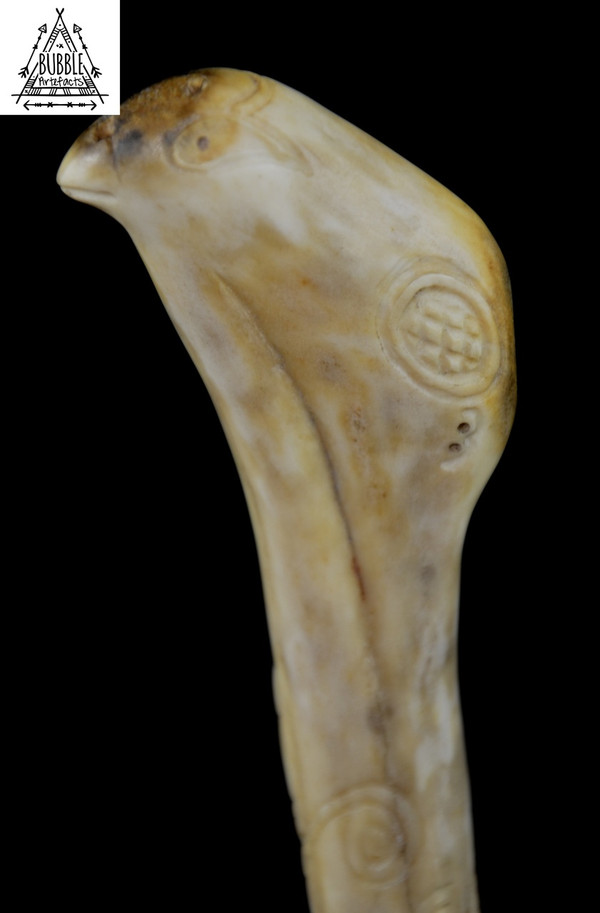 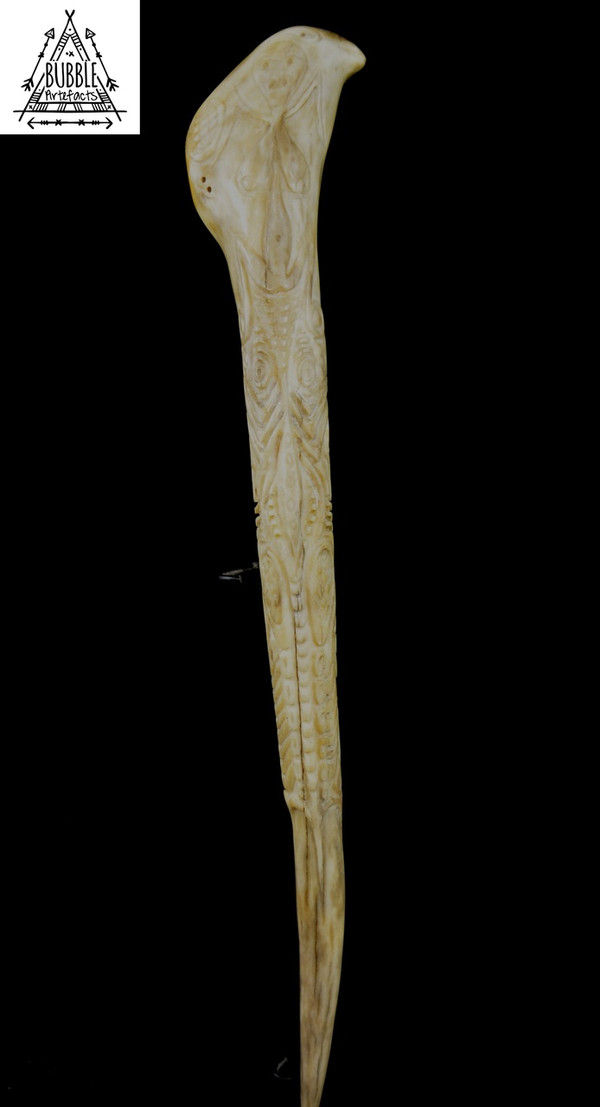 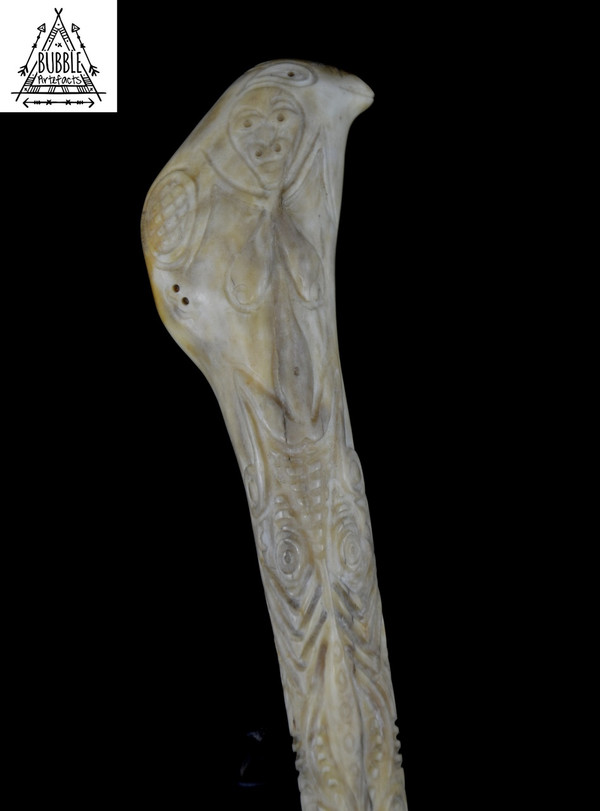 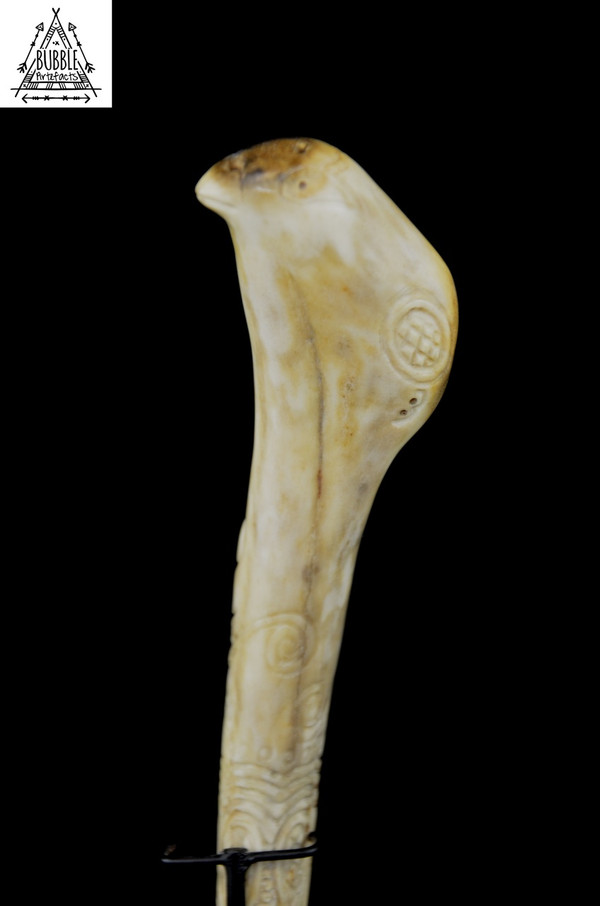 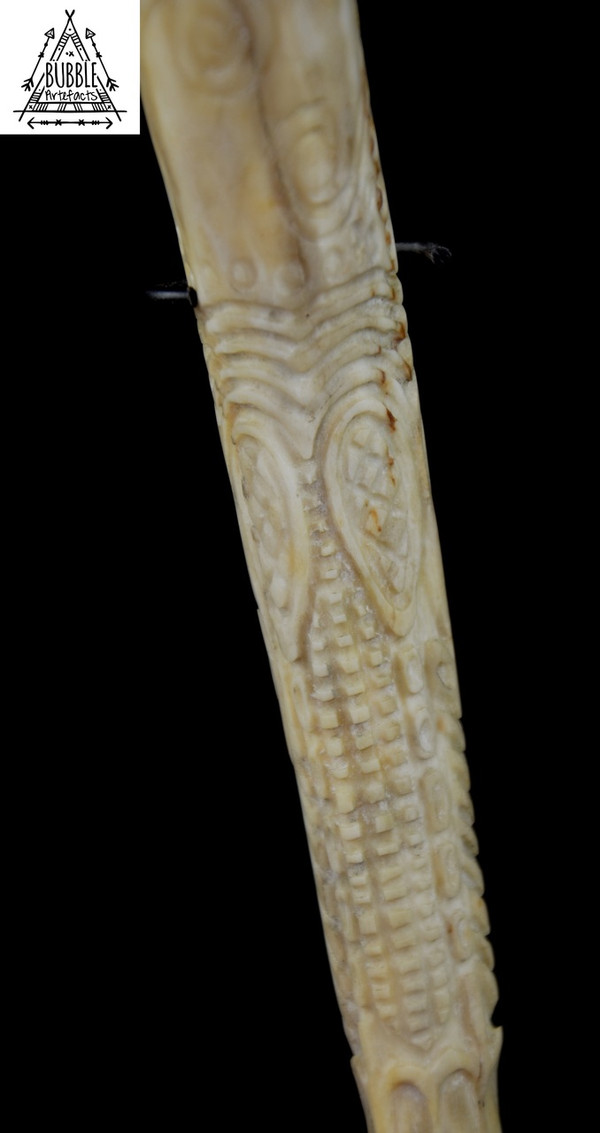 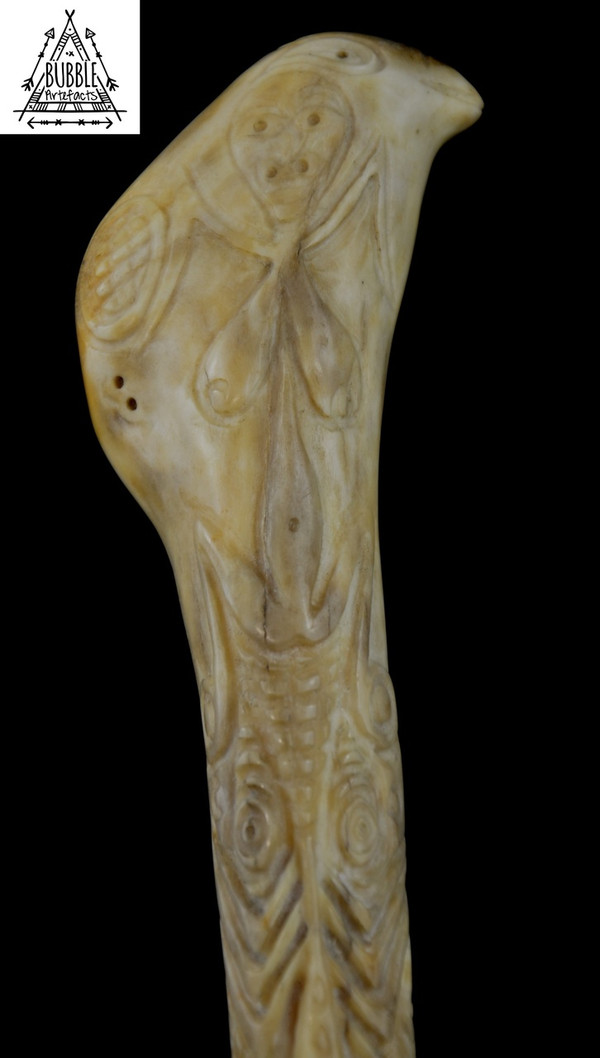 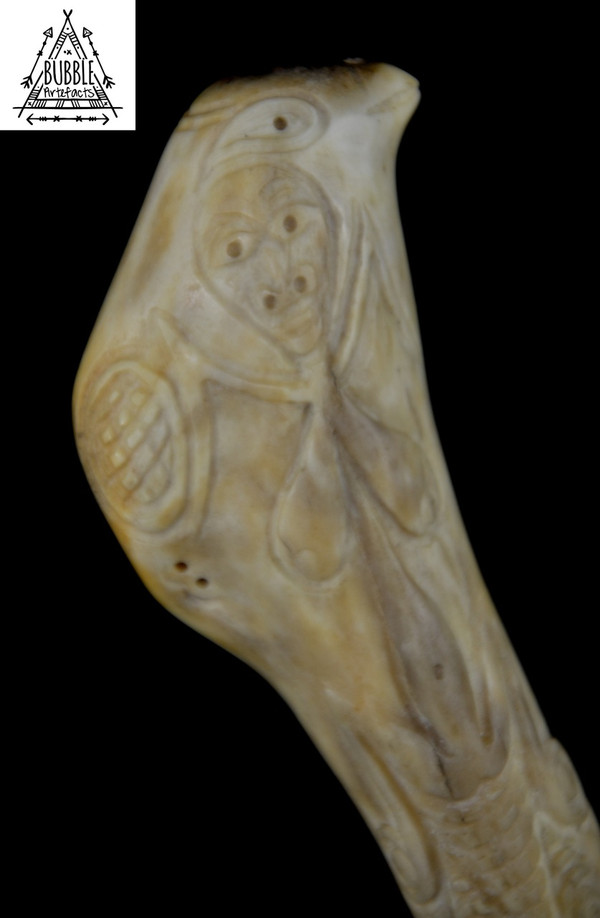 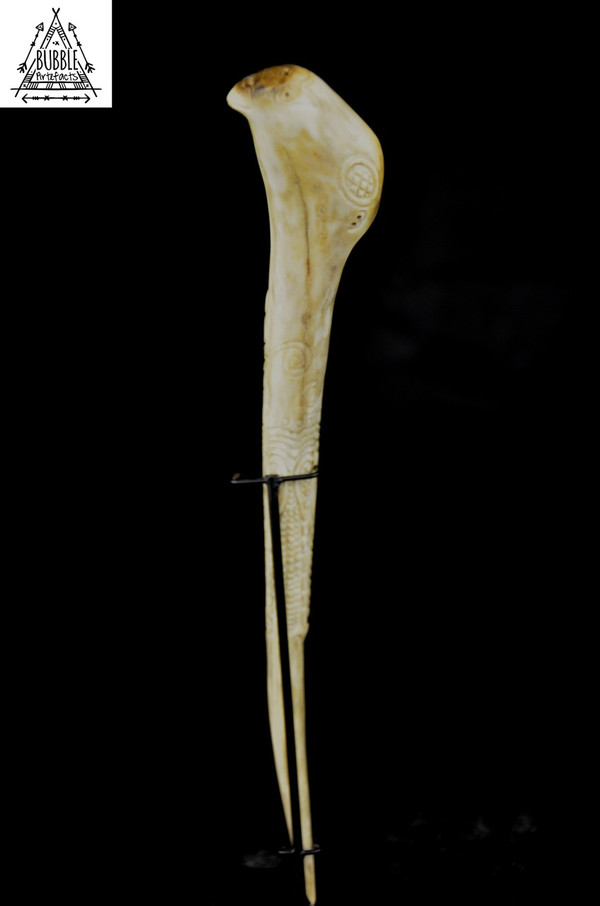 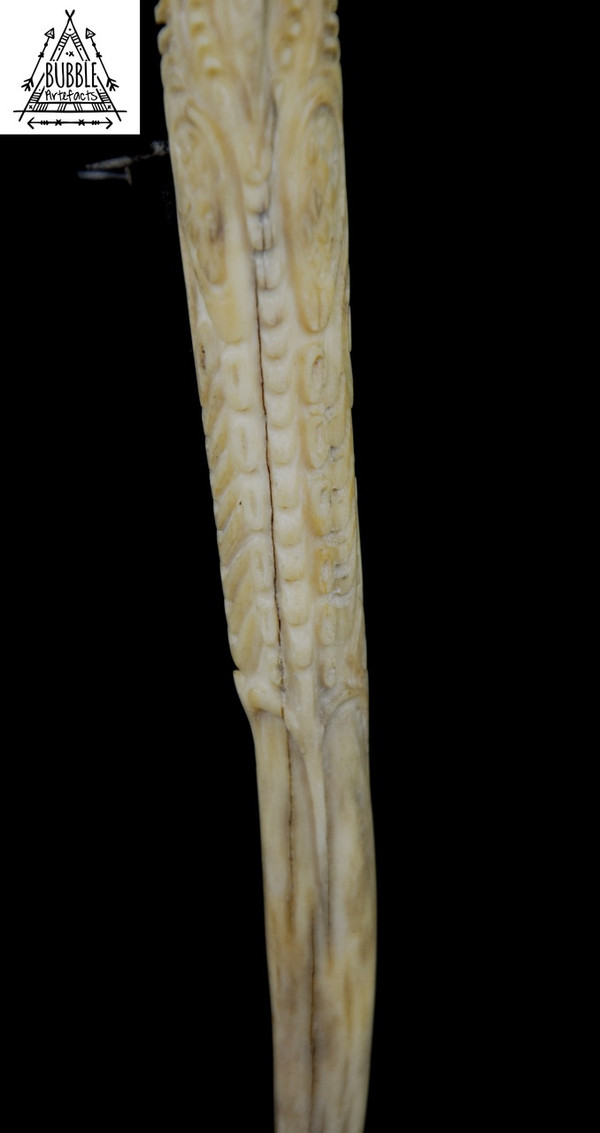 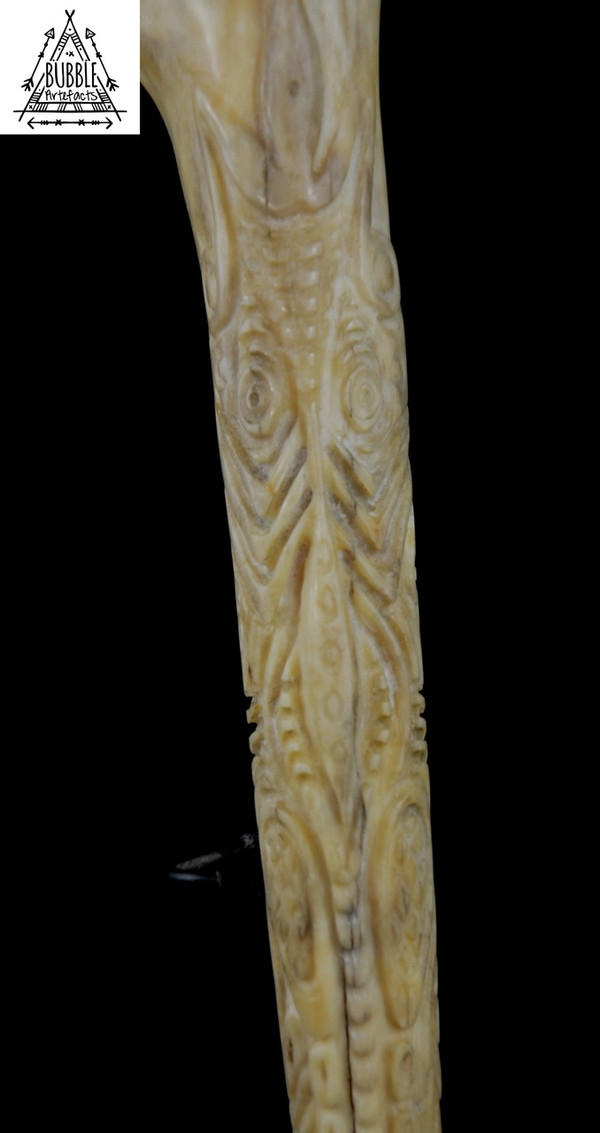 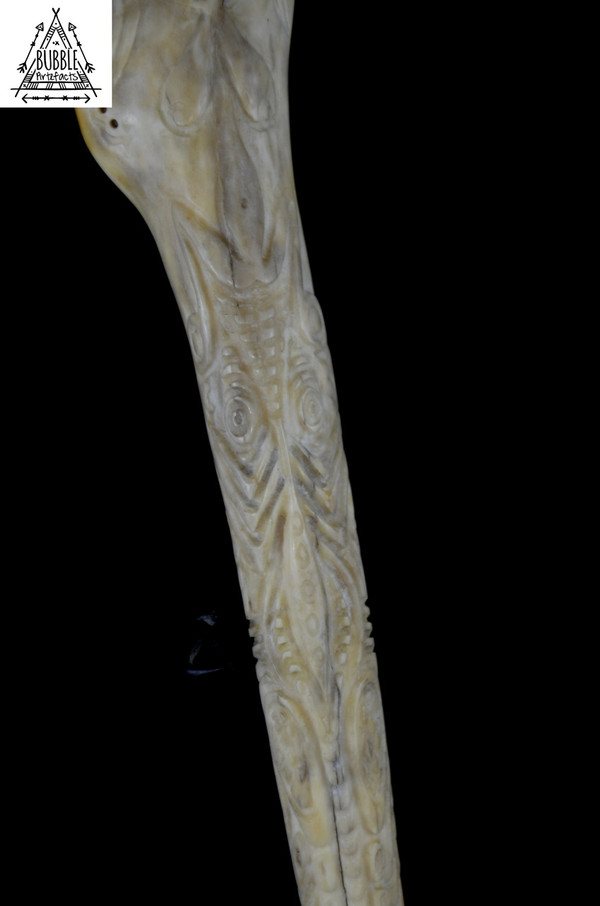 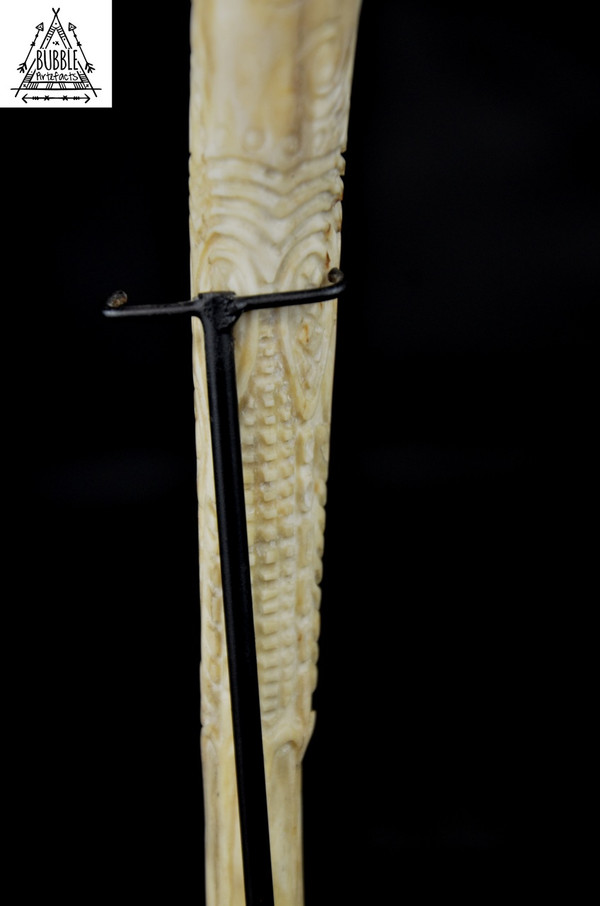 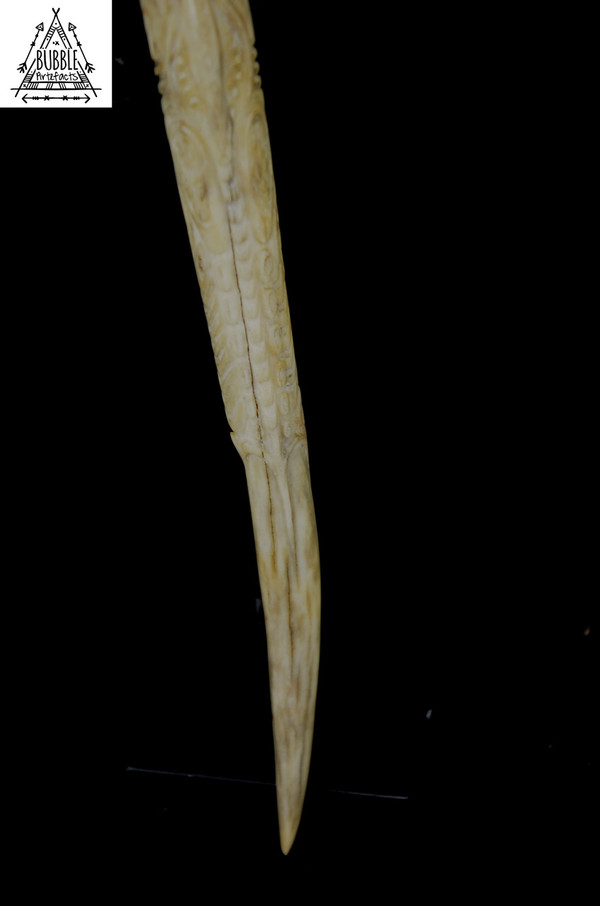