Field collected this stunning raw organic large very fine Female Kwoma Nogwi carved figure. It is a striking sculpture with a powerful presence. Important ancestor figures like this were given names of "Hameiyau and Sanggriyau". They were the focal point of the yam harvest observances called "nogwi" which was the most secret of all and directed by the most powerful men in the village. She has a very expressive face with classic breasts and a deeply carved chest and abdomen. According to Newton in "Crocodile and Cassowary" a special stage and ceremonial house was built for the figure during the ceremony. The figure would be decorated with feathers and shell wealth. Ranking clan members would take their head hair an apply it to the figure simulating pubic hair. In great condition retaining 85 percent of its original pigments. The nogwi ritual, associated with the yam harvest ceremony, is the most secret of the Kwoma rituals. Participation is restricted to the most senior men. The piece has incised decoration with round eyes classic of the Kwoma and lovely remnant pigments. This is a fine old sculpture of far higher quality than is usually found and is truly a rare museum quality organic piece. The piece has been flame dried over an open fire showcasing its early origins. The estimated age of the piece is between 1970’s to 1980’s. The Kwoma and Nukuma people live in the foothills rising above Ambunti. Like the Abelam people, they pursue a way of life centred on the Yam cult. This is a museum quality stunning collector’s piece. 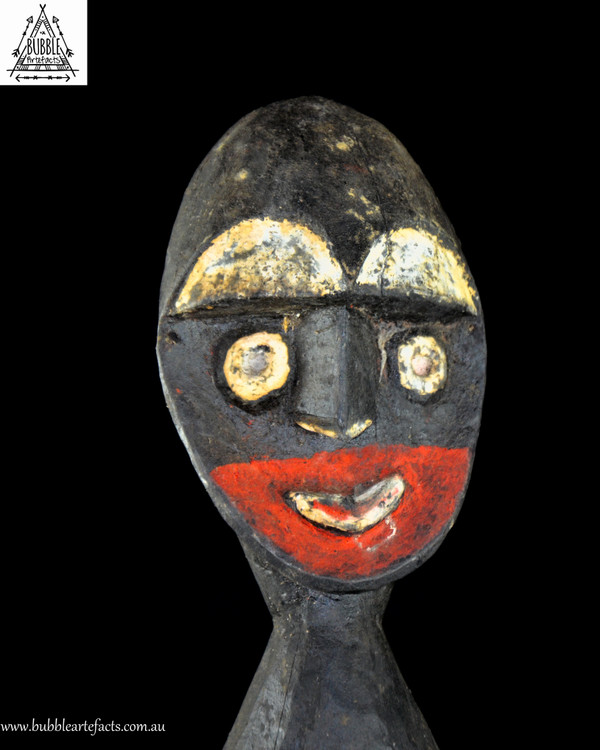 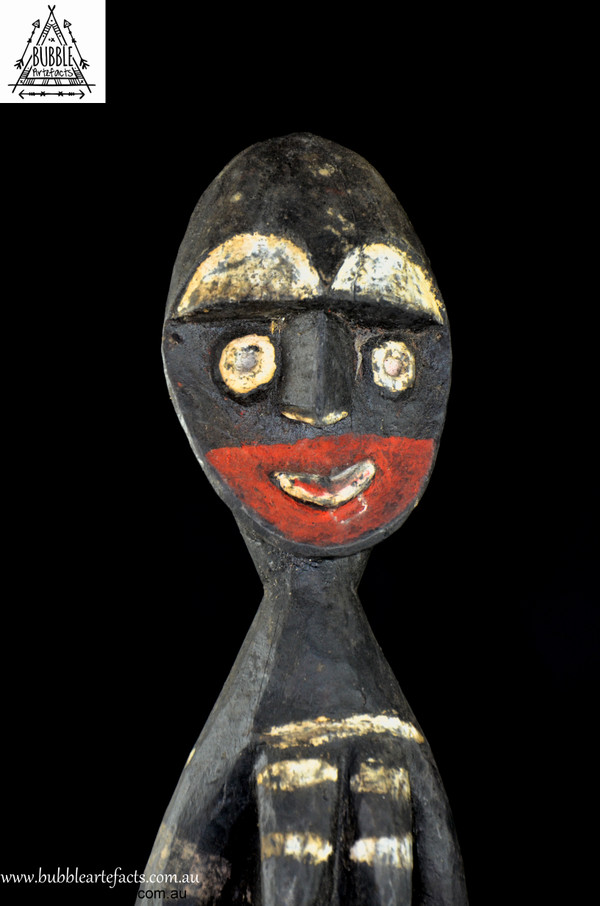 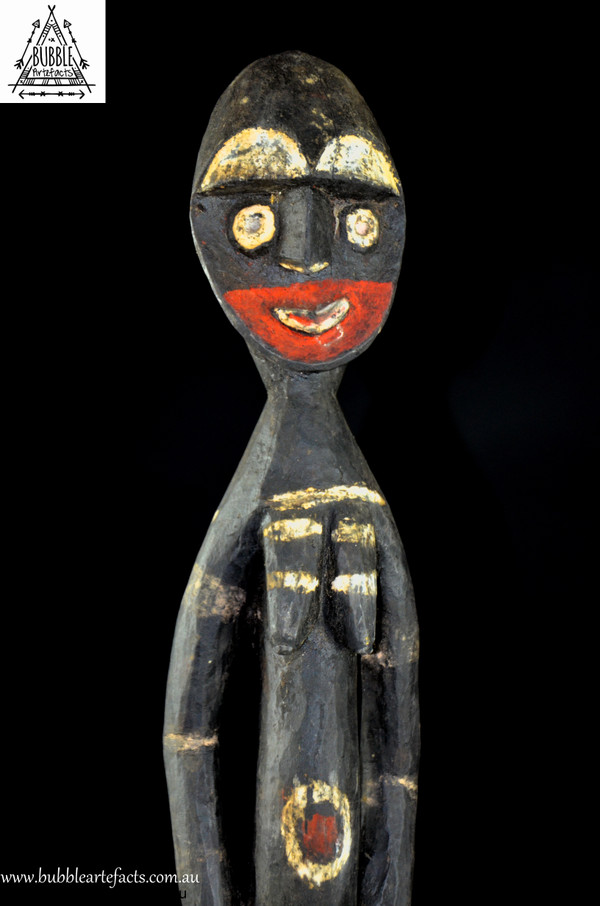 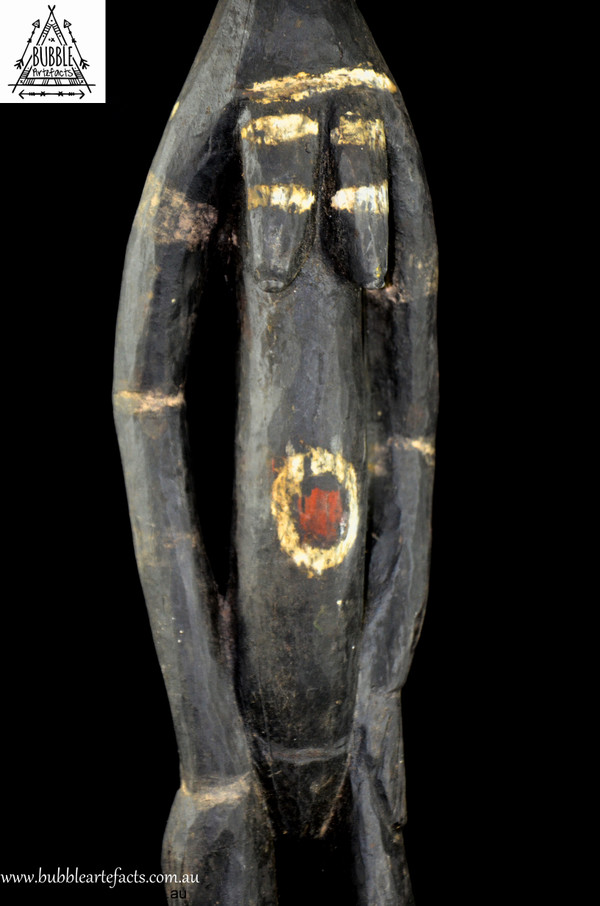 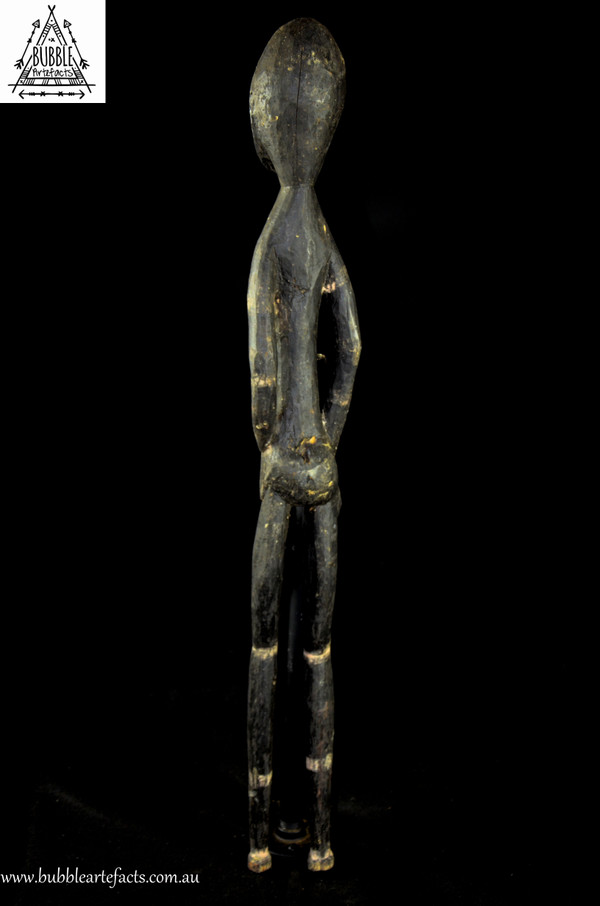 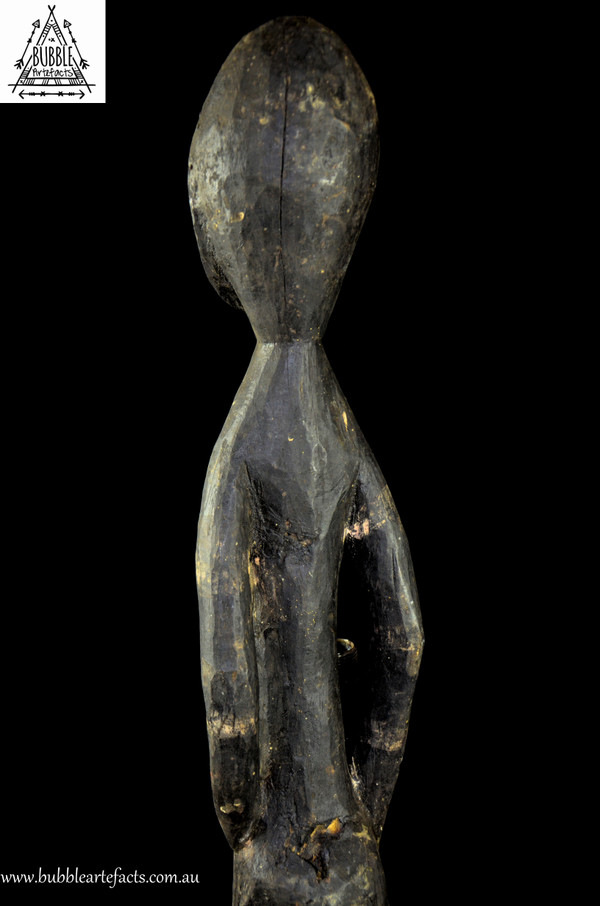 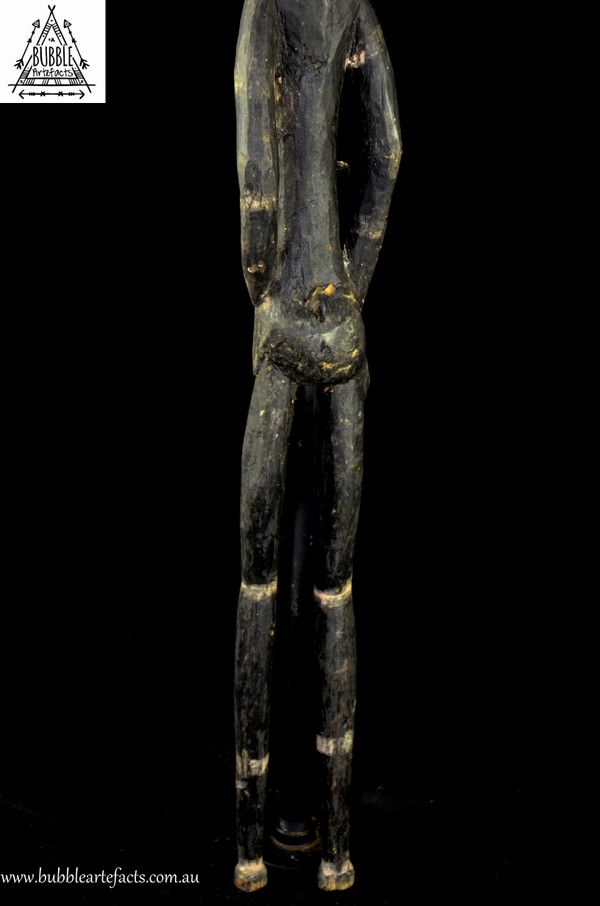